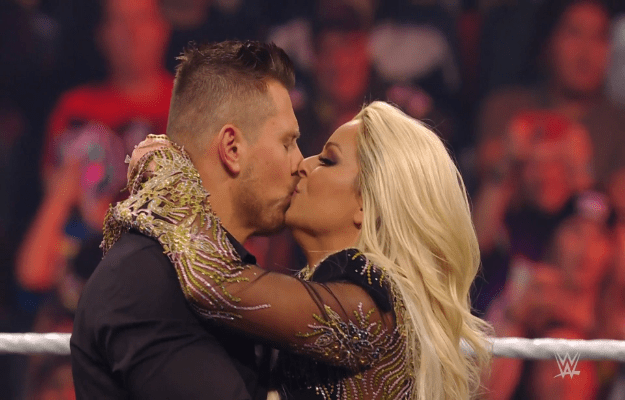 During the Cutting Edge in Monday Night RAW, Maryse is interviewed by the super star category “R” but what many were waiting for happens and Edge suffers the consequences of it.

After what happened the week passes on Miz TV where In Edge’s attack on the Miz with a spear, he protected himself by putting his own wife as a shield and this upset Maryse causing marital problems, tonight in RAW Maryse is invited to the Cutting Edge to talk about what happened.

In the Edge segment, Maryse clarified that she was not on his side or anything like that, I was only using this platform to discuss this matter, she began to explain that she is tired of doing everything in the marriage with her husband and that he can’t take it anymore, he also addressed Edge telling him that in case whoever had taken care of their daughters had been injured.

After hearing all this, Edge responds asking him to stop acting once and for all since he has not believed a single word of this story, finally The Miz makes presence and attacks Edge and his wife helps him in it, category “R” superstar looks bad for his fight in Day 1 with the marriage perfectly conspired showing that they always have everything planned.

The Miz and Maryse attack Edge in WWE RAW