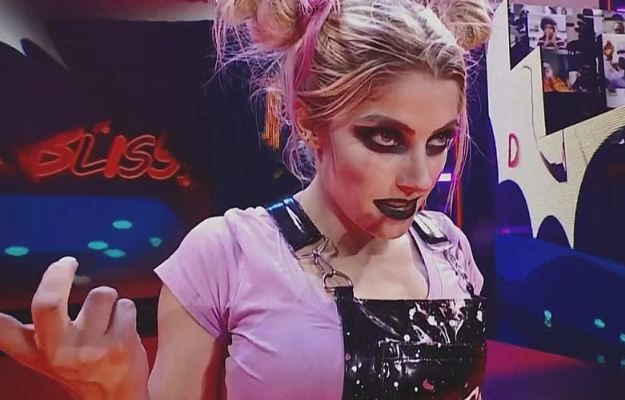 Former Champion, Alexa Blisshas sent a terrifying message to the roster and the WWE Universe after not having been part of the Great Event, WrestleMania 38.

“I am fully dedicated to disturbing your peace,” Bliss wrote.

Many fans were waiting for the return of the Triple Crown Champion on one of the two nights of ‘Mania’, as she had her first fight since September 2021 at the PPV Elimination Chamber, setting up there as an athlete who, apparently, yes or yes would be part of WrestleMania. Unfortunately, this did not happen and the star posted a disturbing message on their networks at the end of ‘The Showcase of the Immortals’:

“If the sticky wheel continues to be oiled
I am totally dedicated to disturbing your peace
And when I’m done I’ll do it all over again
Until I become your number one.
There are no methods in the face of madness and there is no way to escape
I’m going to break all the rules, bend them and warp them.”

If the sticky wheel’s always gettin’ the grease I’m totally devoted to disturbing the peace & I’ll do it all again when I get it done Until I become your number one. No method to the madness and no means of escape Gonna break every rule I’ll bend ’em all outta shape https://t.co/kmbZ0ulOic

When will we see Alexa Bliss again?

The truth is that the WrestleMania season is not over yet, and now The WWE Universe is keeping an eye out for RAW After-Mania tonight. This episode is usually one of the most entertaining of each year, having quite a few surprises. and characterized by having one of the noisiest audiences, in essence, the perfect setting for a potential return of ‘Lexi’something that gains strength if we consider the statements given by the site ‘Cageside Seats’:

«It has been mentioned that the RAW after WrestleMania is going to be booked in the same way as those of previous years, with great surprises and returns throughout the show.»

Although nothing is confirmed, it is quite possible that Alexa is one of these returns. In reports given before the Event of Events we report that Asuka and Bayley could also return to WWE tonight. Get all the details about Monday Night RAW in our Previous.

The disturbing promise of Alexa Bliss after not appearing at WrestleMania