The tour of Europe has begun and that has filled wwe news. One of them could have ended very badly, when one of the company’s biggest superstars Vince McMahon was violently thrown to the ground after a ring break in WWE Newcastle. You want to know more? Keep reading…

The first event of the tour that will take the main company in the world of wrestling by countries like Germany, France or England could have ended in a chaotic way.

Specifically, It was the duel between the Scotsman Drew McIntyre and Bobby Lashley. Both superstars faced each other in a high intensity individual duel. But in a moment of combat, McIntyre threw Lashley against the ropes and they gave way, letting him fall and hit the ground..

Fortunately, according to the fans present, Lashley was able to get up and continue the contest, without noticing major discomfort. Very notorious thing, considering that very recently he suffered a serious shoulder injury that almost caused him to lose wrestlemania 38. 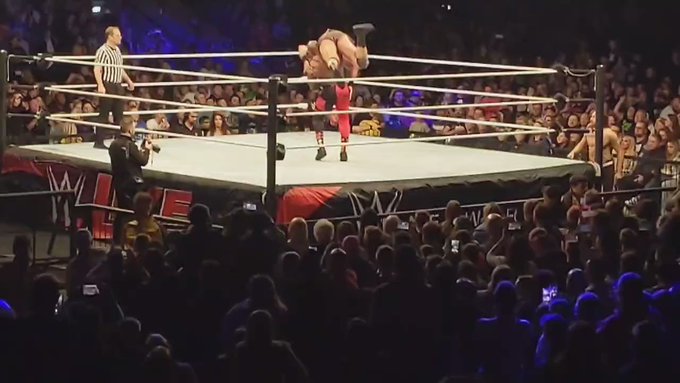 In the inserted video you can see in full detail what happened. But, it was just the scare, al. continuous tour and will tour Paris and London before ending on May 1 in German lands. In addition, next May 8, Bobby Lashley will face Omos in a rematch duel in wrestlemania backlash.

Meanwhile, Drew McIntyre will continue his rivalry with Sami Zayn in the next episode of WWE SmackDownwhere the faces will be seen in the steel cage, with the intention that Zayn does not escape for the fourth time from the contest with the Scottish superstar.