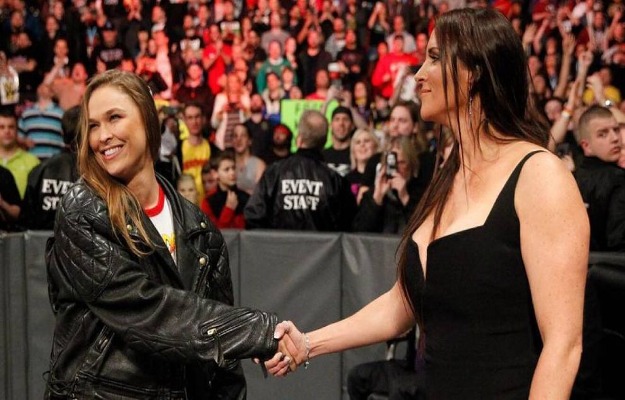 WWE CBO Stephanie McMahon clarified the situation a bit Round rousey with the company, The former Monday Night RAW Women’s Champion recently responded to a question from a fan about her current status with World Wrestling Entertainment, but said she was not clear if she was still under contract with the company or not. The UFC Hall of Famer also mentioned that she is unsure when she will make a return to the ring.

Lately the name of Ronda has sounded more than usual in the company, because the same RAW Women’s Champion, Becky Lynch He spoke about it and assured that “they still have pending issues to be resolved.”

In the same way, Shayna Baszler – who knows Ronda a lot since she entered MMA – assured that she believes that ‘the Baddest Woman on the Planet’ will make her return to WWE at some point. Rousey last appeared in the rings at the WrestleMania 35 main event when she faced ‘The Queen’ Charlotte Flair and ‘The Man’ Becky Lynch in a triple threat.

Ronda left the company with the goal of dedicating herself one hundred percent to her marriage and fulfilling her dream of becoming a mother, something that happened on September 27 when she gave birth to a beautiful baby named La’akea Makalapuaokalanipo Browne.

During an interview in New York City last Thursday during the March of Dimes luncheon, Stephanie McMahon spoke about Ronda’s status with WWE:

“There is no official update on her return, but she will always be welcome if she wants to return … As long as she stays away from me!” Steph assured.