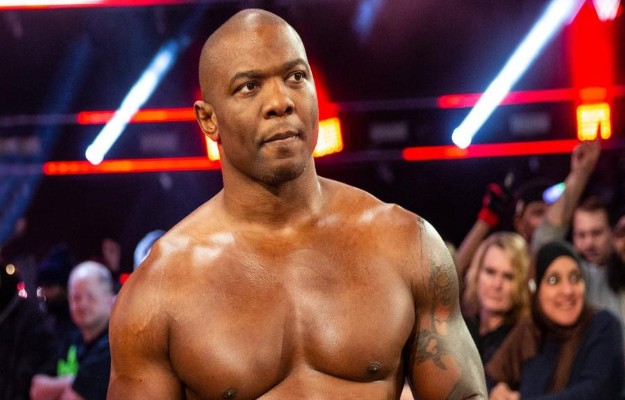 During the years within Vince McMahon’s company we have seen various fighters pass. Some that we continue to see to this day and others that unfortunately left this world. WWE superstar Shelton Benjamin spoke about this situation from his own experience after a late friend and former WWE partner.

Shelton Benjamin opens up about his friendship with a late wrestler

During an appearance on the “Out of Character with Ryan Satin” podcast, Shelton Benjamin was encouraged to talk about one of his great friendships in professional wrestling. Said person would be none other than the late fighter Shad Gaspard. Also, the WWE fighter expressed the great connection he had with Shad from the first time they met. Shelton spoke about his feelings after the death of his great friend.

“When you get into this business, it is very difficult to make friends, you make many acquaintances. You get to meet a lot of people, but you don’t meet several friends. Shad (Gaspard) is one of the people I have considered a brother since I came here. We both became very close, I was with him at the time he became a father. When he passed away, for me it was like losing a family member. Like any other family, he took care of his family, his son, his widowed wife.

I keep in very close contact with them. If they need something and I have it, they have it. It was such a blow to everyone when he left, so the least I can do for my friend is try to keep as close an eye on his son as possible because you have a boy growing up without his dad. I grew up without a father, so I understand the importance of having one. Having him and losing him in such a sudden and tragic way, that child has many challenges, so he at least wants to be around to try and help him. We have a whole network of friends very close to MVP, Mark Henry, myself, and I hope I don’t miss anyone. We are close friends. And I hope that if something happens to me, someone can also help my family.”

Thank you for sharing and spreading this great passion with us. PLANET WRESTLING. as always all the best wrestling information and the world of Wrestling in Spanish, video interviews, and the best coverage and live monitoring. Also remember that you can directly access the rest of the News from ELIMINATION CHAMBER already all WWE news.

Shelton Benjamin talks about his friendship with a late WWE wrestler