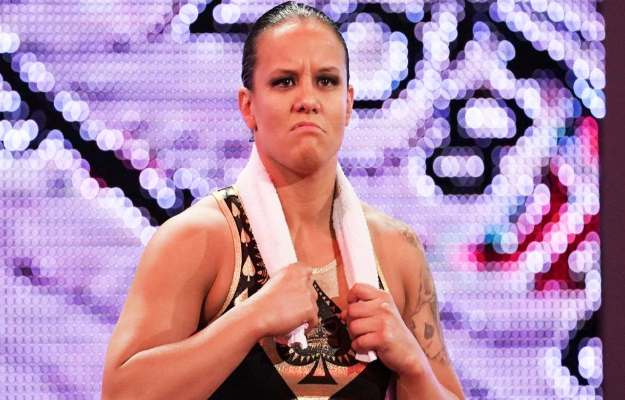 The former Women’s Tag Team Champion, Shayna baszler was recently speaking with Ariel Helwani in an interview in which, in addition to strongly criticizing Becky lynch for leaving WWE last year to take care of her pregnancy, spoke about her plans as an individual competitor now that her tag team partner Nia Jax has been fired from the company.

For those who do not know what we are talking about, it happens that during May 2020, Becky Lynch was the Sovereign of WWE RAW’s Red Mark. However, ‘Becks’ life took a total turn when she found out she was pregnant and – for obvious reasons – she had to give up wrestling for a long time leaving the Championship in the hands of Asuka who, at the time, was Miss Money In The Bank. The Irishwoman won the Title at the WrestleMania 35 main event when she defeated Ronda Rousey and Charlotte Flair in a triple threat to become ‘Becky Two-Belts’.

In the first months of that year, Becky and Shayna had a strong rivalry that would end with both competitors facing each other in the 36th edition of the Great Event, WrestleMania remembered for being held without an audience at the WWE Performance Center. Shayna had an incredible drive on the way to the fight, so it was very strange that Becky took the victory in a few seconds and with apparent ease; later we understood that everything was done this way to protect its integrity. Everyone except Shayna, who – apparently – a pregnancy does not seem like a valid reason to leave the company and the Title. This is how he expressed it when Helwani asked him his opinion on the rivalry between Charlotte Flair and Becky Lynch:

“I don’t like either of them. I have some unfinished business with Becky, and I feel like she left in a convenient and irresponsible way when she was Champion. If you are Champion, you have to take steps to make sure… I mean, Ronda (Rousey) at least waited until she no longer had the responsibility of being Champion. ” Baszler stated.

Speaking about ‘The Baddest Woman on the Planet’, Shayna assured that her colleague will return to WWE: