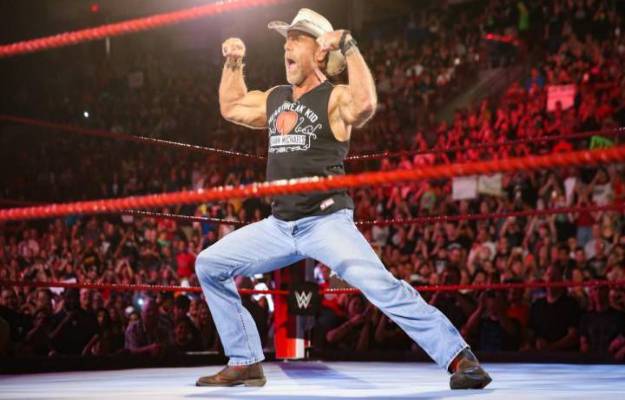 Among so many fighters with whom he has worked Shawn Michaels in WWE, recently gave his opinion about the celtic warrior Sheamus and what it’s like to work alongside him in the ring.

Shawn Michael loves how Sheamus is in the ring

WWE Legend Hall of Famer Shawn Michaels has worked with a long list of Super stars in the ring throughout his career, everyone knows that in 2010 he would retire and stay away from the ring for a long time, in 2018 he returned for a short period to fight in the Saudi Arabian event Crown Jewel beside Triple H.

In his last year of fighting in 2010 Michaels seems to have fought in five House Shows, in one of them he was with Triple H and John Cena to defeat Batista, Randy Orton and Sheamus, having shared the ring with a Sheamus who at that time was just beginning his career, the boy breaks hearts has commented on the program WWE’s The Bump that he loved the way the Irishman treated him, this was what Shawn Michaels said during the recent talk.

“I tell everyone this story. That is my best memory of Sheamus. He used to make a joke: ‘Sheamus,

Sunday is the day off for HBK. I only have a few left in me’. it was absolutely

wonderful in that sense. We had so many non-televised events between us and it was absolute love.

following. It was absolutely spectacular and is one of the best memories of my career. I tell everyone

the world that story and I’m glad he remembers it because that means a lot to me.”

Shawn Michaels’ body was already very worn out by then and that is why it is clear that he appreciates the good treatment of the other fighters, at pro wrestling It is something very important for any athlete.

Shawn Michaels appreciates Sheamus’ way of wrestling him in WWE