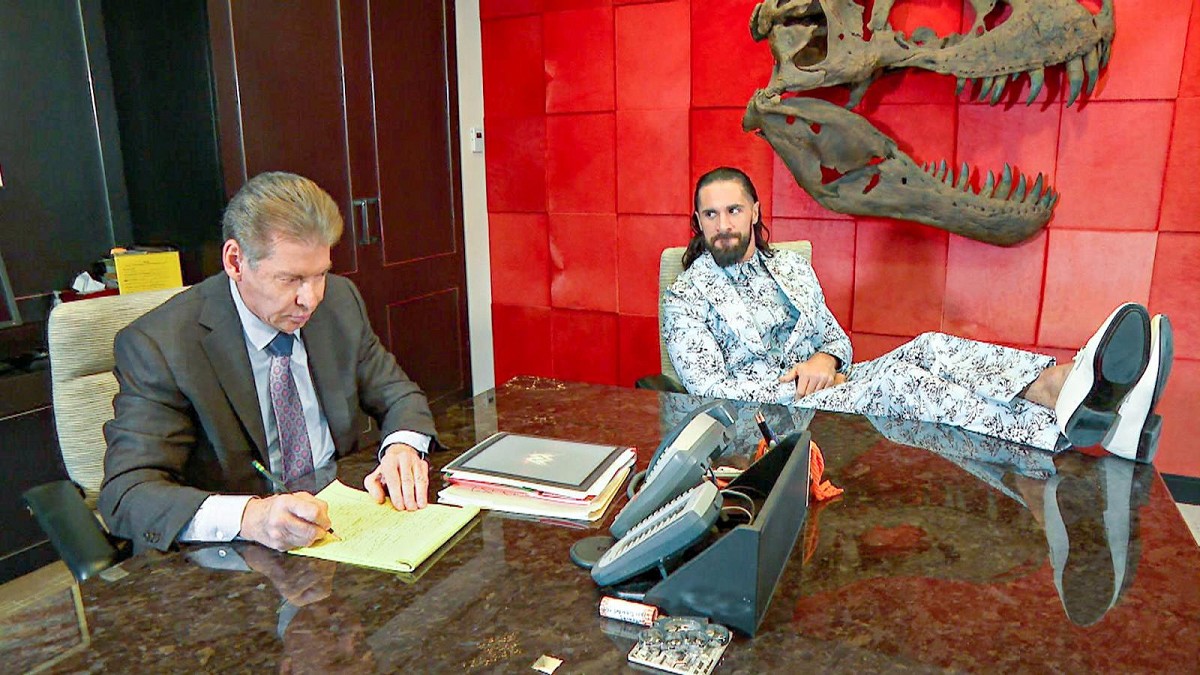 seth rollins has finally managed to get his ticket for WrestleMania 38. After weeks looking for a way to be part of the billboard of the great event, Rollins managed to get the WWE president to confirm his presence at the PPV after meeting him at the company’s headquarters in Stamford, CT. A few minutes ago, WWE has published the video with the meeting.

Upon entering, Rollins asked if he would be fined, suspended or even fired for his behavior. However, McMahon pointed out that he had not asked to see him in his office to fire him. In addition, He was surprised that the fighter had not obtained his ticket for the great event by his own means. In addition, he indicated that he should have asked him before behaving as he has been doing these last few weeks, reminding him that this year WrestleMania is a very special event, and he wants the fighter to be in it.

McMahon noted that Rollins would have his “own main event” and that he would go to WrestleMania. However, he did not comment on who would be his rival. Rollins will know once he is in the ringwhich could fit with the rumors of a return of cody rhodes in the great event to face “The Architect”.

Seth Rollins will be at WrestleMania 38