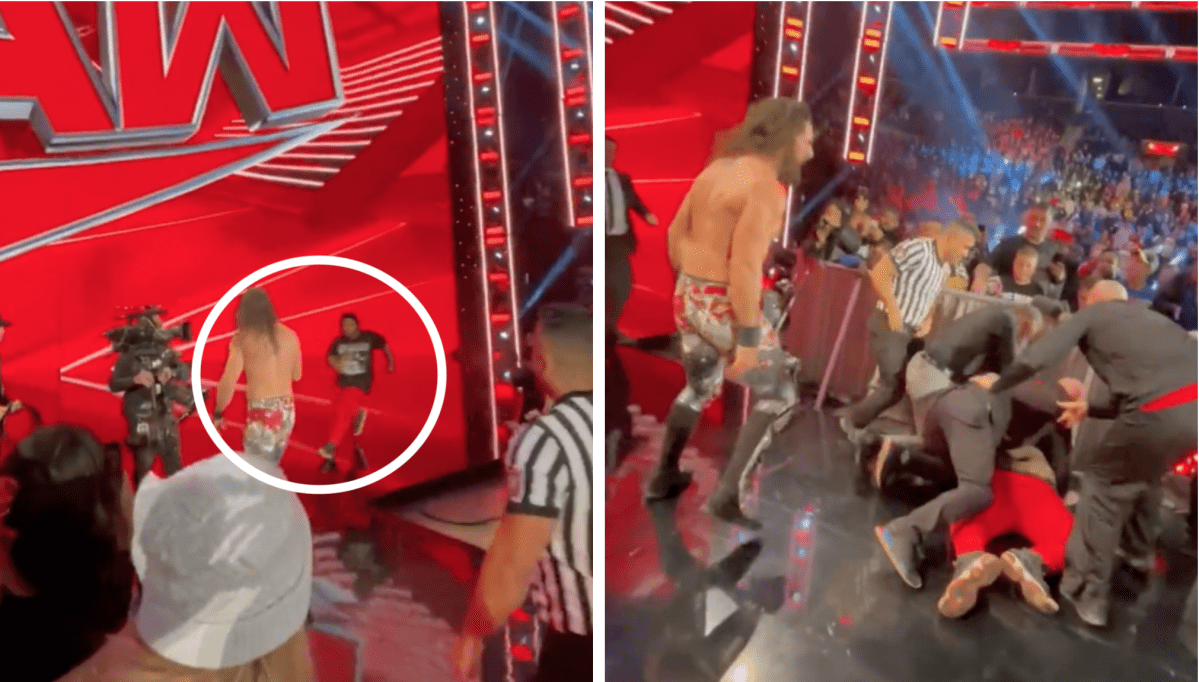 In the world of wrestling, reality and fiction are mixed to generate a unique product in the world of sports entertainment. Normally, the more blurred the boundaries between what is real and what is scripted, the more attractive it tends to be for the viewer. However, the incident that happened this Monday night, in which wrestler Seth Rollins was attacked by a spontaneous emerged from the public, it was completely real.

The event occurred during the Monday Night Raw program, the main banner of the world famous WWE. Rollins, one of their main stars, was retiring after their fight when, down the hall, a fan appeared running that knocked him down with a violent tackle. The set, which in other circumstances would have been part of the show, was completely real.

This was confirmed in good faith by several of the thousands of spectators who gathered in Brooklyn to watch the evening. Most of them, totally stunned by what happened. Without really knowing how to react. Some images posted on Twitter by the user @kash_vL show how the episode happened.

In them you can see how, in the background, almost from the stage, an individual approaches the fighter running at full speed. Rollins sees him arrive, although the impact is such that they both fall to the ground. Once on the floor, the WWE superstar holds him by the head until several company employees arrive to help him. Fortunately, things did not get older.

According to the company, the attacker was immediately turned over to the New York police for prosecution. According to ESPN journalist Marc Raimondi, the offender would be 24 years old and will be charged with attempted assault, as well as attempting to violate a cultural event by disrupting a live sporting event. In addition, according to the same information, Rollins, for his part, suffered from lip swelling as a result of the attack, although he did not require medical attention.

Seth Rollins is attacked by a spontaneous during a WWE program