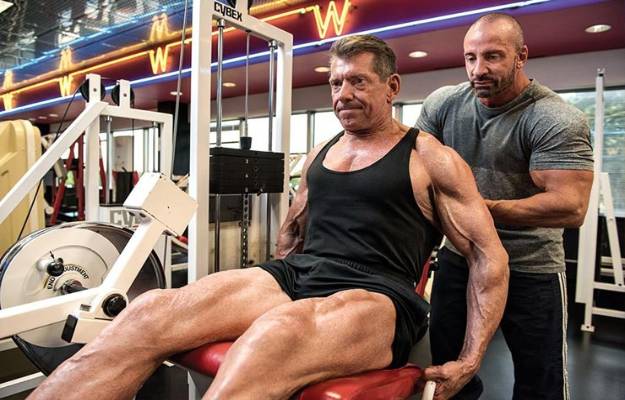 One of the recent wwe news most interesting indicates that Vince McMahon, President of World Wrestling EntertainmentI could fight again at WrestleMania.

Vince would start a rivalry in the next few days

As if seeing the CEO of WWE fight at 76 years old was not strange enough, his possible rival is even more so, since the rumors have been receiving small updates and one of them is the statements of John Pollock of POST Wrestling, who reports that SmackDown commentator Pat McAfee would be Vince’s opponent in ‘The Showcase of the Immortals’.

The information ensures that The Boss would start a rivalry with the commentator, and this would include some kind of confrontation at WrestleMania 38. According to what was written in the latest Wrestling INC report, several sources are confirming these rumors, in addition to “a source close to the situation was questioned about whether McMahon vs. McAfee will be announced as an official fight on the WrestleMania 38 card. , to which they replied ‘It is most likely’.”

This would be Vince McMahon’s first fight since WrestleMania 26

The President of the Company had his last official fight at WrestleMania 26, on March 28, 2010, where he faced Hall of Famer Bret ‘The Hitman’ Hart in a No Holds Barred match. Vince was defeated. From there, McMahon has been involved in some aggressions, such as when Kevin Owens hit him with a head butt, several punches and a Frogsplash on the September 12, 2017 episode of SmackDown.

WWE announced that Vince will be the guest for an interview on The Pat McAfee Show this Thursday, this will be broadcast on YouTube and SiriusXM. Everything indicates that it will be, precisely in this space, that the rivalry between the two will begin. This confirms the rumors from a few days ago that Pat will have a fight in the Great Event.

Rumors indicate that Vince McMahon will fight at WrestleMania 38