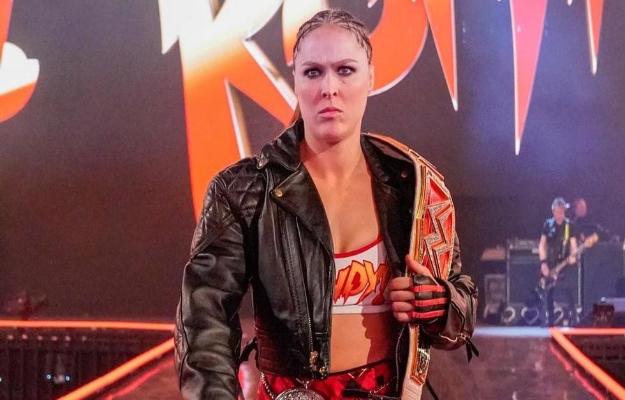 The member of the UFC Hall of Fame, Ronda Rousey, is and has been one of the most loved and admired stars throughout her WWE career.especially by the American public who remember her for being the first woman in the country’s history to win a judo medal at the Olympic Games (Beijing 2008), as well as being the first UFC Bantamweight Champion.

When Ronda debuted in WWE, she received a lot of love from the Universe, which -for the most part- was happy for her impressive victories and enjoyed when she was crowned Monday Night RAW Champion. Her reign lasted until WrestleMania 35, when she lost the Title to Becky Lynch, who had captured the hearts of fans on the way to the Great Event. Losing her Title and the support of the fans were facts that Rousey could not bear.

In a video recently added to her YouTube channel, the winner of the Royal Rumble 2022 recalled how bad it felt to leave the ring after his fight at WrestleMania 35:

“I walked out of the stadium after WrestleMania, my knuckle was shattered, I couldn’t even turn my hand to put it on my hip and everyone was booing me to get out of the arena. I was like, ‘Man, fuck these people.’

The ‘Baddest Woman on the Planet’ will have a new fight in ‘The Showcase of the Immortals’ next April 2 against Charlotte Flair for the SmackDown Women’s Championship. We hope that this time Ronda has a better time.

Ronda Rousey was emotionally and physically hurt at WrestleMania 35