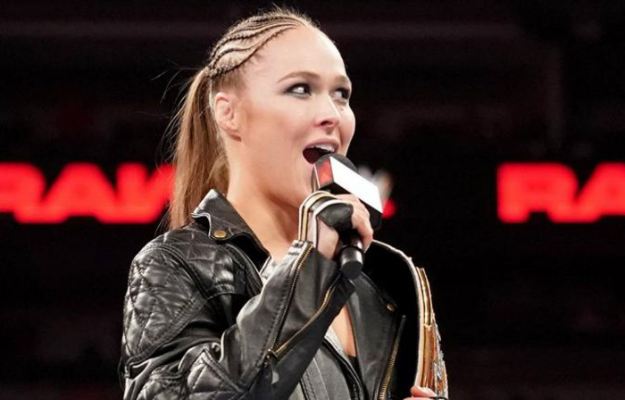 The winner of the Women’s Battle Royal, Ronda Rouseyrecently streamed on Facebook in which he was playing some video games and talking about his new stage in WWE that began in the royal rumble pay-per-view.

During the night of the Royal Rumble there was a transmission of ‘The Baddest Stream on the Planet’, that is, the gaming streamings that the UFC Hall of Fame member regularly performs. Nevertheless, On that occasion, the transmission was not carried out precisely live as usual, but the gameplay was recorded and prepared beforehand so that no one could suspect that Ronda was at the WWE event:

“I don’t know if I should apologize or directly clarify that we made our first broadcast that was not live. So, we did a little kayfabe broadcast for you guys, and so I could sneak out to the Royal Rumble, because it leaked that I was going to be there. And what’s his name? we made a virtual reality stream and played it as if it were live.”

The former UFC and Monday Night RAW Champion also confessed to her audience that the nature of her broadcasts will not change, and will not make gameplays related to the video games of the Vince McMahon Company, he also mentioned that 2K has already scanned her face to include her in the WWE 2K22 video game which will be released on March 11:

“No, actually I don’t usually do it (play wrestling video games) (…) Yes, they -in fact- already took my scan for that the other day… They brought a truck here.” Declared the winner of the Royal Rumble.

Rousey will face Charlotte Flair in a match for the SmackDown Women’s Championship in the main event of one of the two nights of WrestleMania 38.

Ronda Rousey tricked her fans into appearing at the Royal Rumble