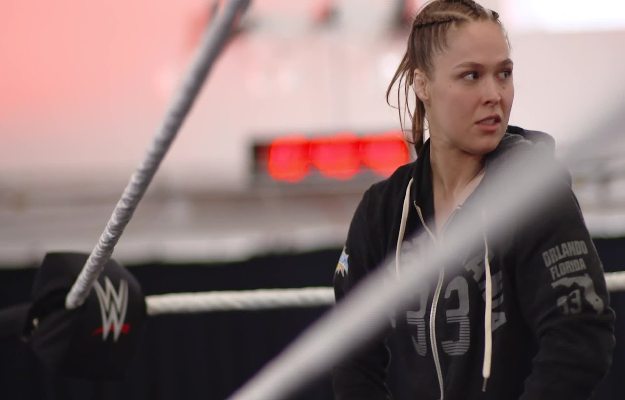 Former UFC and RAW Champion Ronda Rousey revealed that she was trained by a recently fired WWE star in order to get back in shape last Saturday to win in the royal rumble pay-per-view.

Ronda Rousey trained with Ember Moon (Athena, in the indies)

Through a publication on her Twitter profile, the member of the UFC Hall of Fame thanked the fighter Athena Palmer (Known as Ember Moon during her time in WWE) for having helped her in her training for her historic return made last Saturday in which she managed to be crowned the winner in the Women’s Royal Rumble fightwhich deserves him to have a title fight in the Great WrestleMania Event with the Champion of his choice.

In her publication, Ronda also invited his followers to visit Moon’s Dojo:

“Thank you for helping me get ready for Royal Rumble 2022 Athena Palmer! If you want to receive his training too, check out his school at Thewrestlingdojo.com” Wrote the winner of the Rumble.

Thank you for helping me get ready for #RoyalRumble2022 @AthenaPalmer_FG ! If you want her to train you too check out her from her school https://t.co/pKsdie1CeC

Moon was fired from WWE on November 4

The former NXT Champion Ember Moon is part of a group of fighters including Keith Lee, Karrion Kross, Mia Yim, Eva Marie, Nia Jax, Gran Metalik, Lince Dorado and others who They were fired from the company at the beginning of November last year. In fact, these talents received their complete freedom last Wednesday when their non-compete clauses were exhausted.

Moon, who is now known as ‘Athena’, will hold her first independent stage at ‘Baltimore Celebfest 3’ on February 6. in ‘La Fontaine Bleue’. Meanwhile, Ronda Rousey will make her first appearance on SmackDown this Friday to announce the name of the Champion (Charlotte Flair or Becky Lynch) whom she will challenge for her Title at WrestleMania 38. We hope that Ronda’s words of thanks and -above all- having invited people to visit the school of an ex-WWE does not affect her status in the Vince McMahon Company.

Ronda Rousey trained with an ex-WWE for Royal Rumble