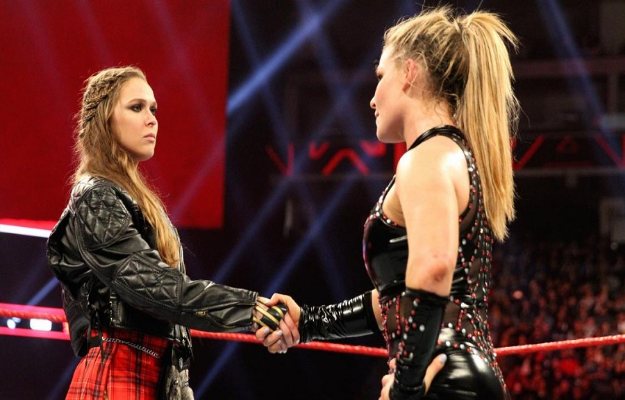 Natalya is the WWE female star with the most wins

The assistant of the talented SmackDown fighter Natalya confirmed through the athlete’s Twitter profile that she has again been recognized in the Guinness Book of Records for having the most WWE victories of any female star. In the statement written by the legendary athlete accompanying the publication Nattie joked that she has stopped talking to Ronda:

“I told my good friend Ronda Rousey when the news came out ‘Ronda I’m from the people, for the people and for the people’ and she replied that she had said that last twice, but I don’t think she did; that’s not something a person with three world records would do. So here goes the long shortened story, I’ve stopped talking to Ronda Rousey now. ” Says the third paragraph of the statement.

‘The Baddest Woman on the Planet’ noticed the tweet from her mentor in wrestling and congratulated her on her great achievementFurthermore, continuing with the joke of ‘Nattie’ Ronda asked him not to ignore her calls:

It is certainly quite inspiring to see how the friendship between the two athletes has remained despite the fact that Ronda is no longer under contract with WWE, company in which everything started, because Natalya was Rousey’s mentor as she moved from MMA to wrestling and throughout her career within Vince McMahon’s company.. This caused the two to team up in various matches and even face each other for the Monday Night RAW Women’s Championship on one occasion.

Ronda Rousey has tried to communicate with a WWE star