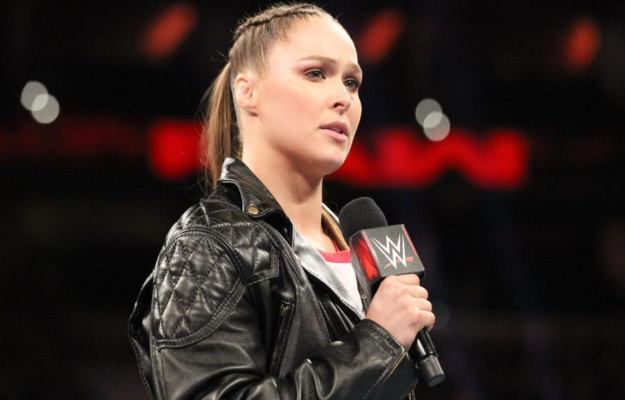 UFC Hall of Famer Ronda Rousey returned to WWE with an impressive victory in the Battle Royal of the PPV Royal Rumble. However, despite his good performance in the ring, he has had some trouble executing his promos.

In the latest edition of Wrestling Observer Radio, the renowned critic Dave Meltzer mentioned that the people of WWE had to talk to Ronda Rousey after her first promo since her return, which was given on Monday Night RAW last week.. The former RAW Women’s Champion appeared to talk about who would be the Ultimate Champion she will challenge at WrestleMania 38, but in the process she was interrupted by Becky Lynch.

Ronda talked to Becky and attacked her in the segment, which caused some complaints from fans that she did not like at all. Backstage, the Rumble winner had to be taken aside to talk about this, as it is said that she still has a certain grudge against the WWE universe for having turned against her during her first stay in the Company.

Ronda Rousey improved her attitude during her appearance on SmackDown

Apparently the talk backstage worked, because an improvement was evidenced in the SmackDown promo in which Ronda was seen interacting with the audience and high-fiving some fans as he made his way to the ring. There he announced that Charlotte Flair will be the person he will face in ‘The Showcase of the Immortals’.

Despite this, the segment was quite controversial due to Rousey attacking General Manager Sonya Deville. Even the WWE Hall of Fame member Mark Henry strongly criticized WWE arguing that ‘Rowdy’ Ronda should receive a penalty for his actions.

We hope that the former UFC Champion can enjoy her time in WWE without being bothered or affected by the comments of the fans that -on some occasions- can become too strong and aggressive.

Ronda Rousey has had some problems with her promos in WWE