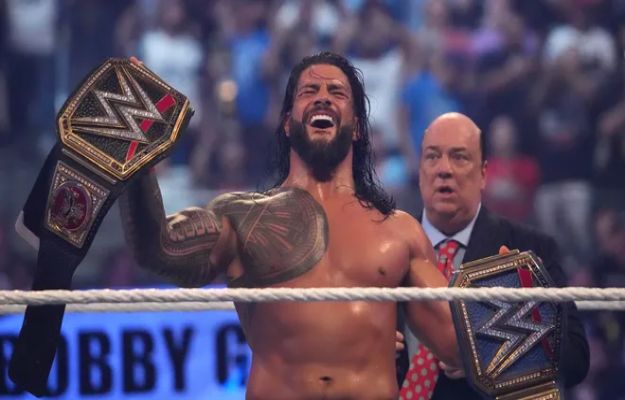 Last night we witnessed the victory of Roman Reigns on Brock Lesnar on night two of WrestleMania 38, however the new champion suffered a arm injury during combat and the degree of damage from this is not known.

Roman Reigns hurts his arm from the Kimura padlock

Yesterday we had the most anticipated Main Event of all, the biggest fight in history in the night two of WrestleMania 38 with Brock Lesnar and Roman Reigns it was finally taking place, the two champions brutally battled to get out of there with the universal championship and WWE championship, the beast incarnate was very close to achieving it but as always the tribal chief made some dirty moves, in the end with a spear he won by count of 3 and was crowned as undisputed champion unifying both titles.

During the fight there was a moment where Lesnar caught Roman in the Kimura lock and made him scream in pain, in addition to the facial expression too many could notice that Roman Reigns’ arm was really hurt, thanks to some detailed images it has been possible to confirm that actually suffered a tricep injury due to the punishment of the lock, Below you can see the pictures.

Like I said. Roman Reigns got his shoulder split/separated/whatever in the Barricade spot. LEsnar also did something to his ribs not long after that. Both wrestled another 10+ minutes to finish. Brock realizing that Roman’s arm was legit out. #Wrestlemania #BrockvsRoman https://t.co/wIkJODFjmr 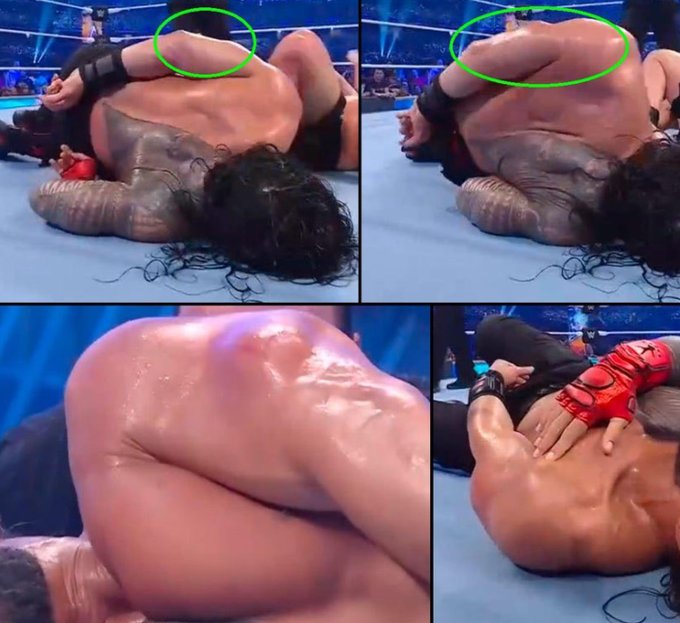 “Like I said, Roman Reigns had his shoulder broken or separated or whatever at the barricade point, Lesnar also did something to his ribs not too long after that.

Both fought another 10 minutes until that end. Brock realized that the damage to Roman’s arm was legitimate.”

How serious can this damage be?

Until now It is not known how serious the injury is and if it implies that his new reign is in danger, however, as is known, he was able to continue fighting until he won and even boasted launching the two titles, We will see how the blow evolves in the coming days facing the next SmackDown where he will surely make his first post-event appearance.