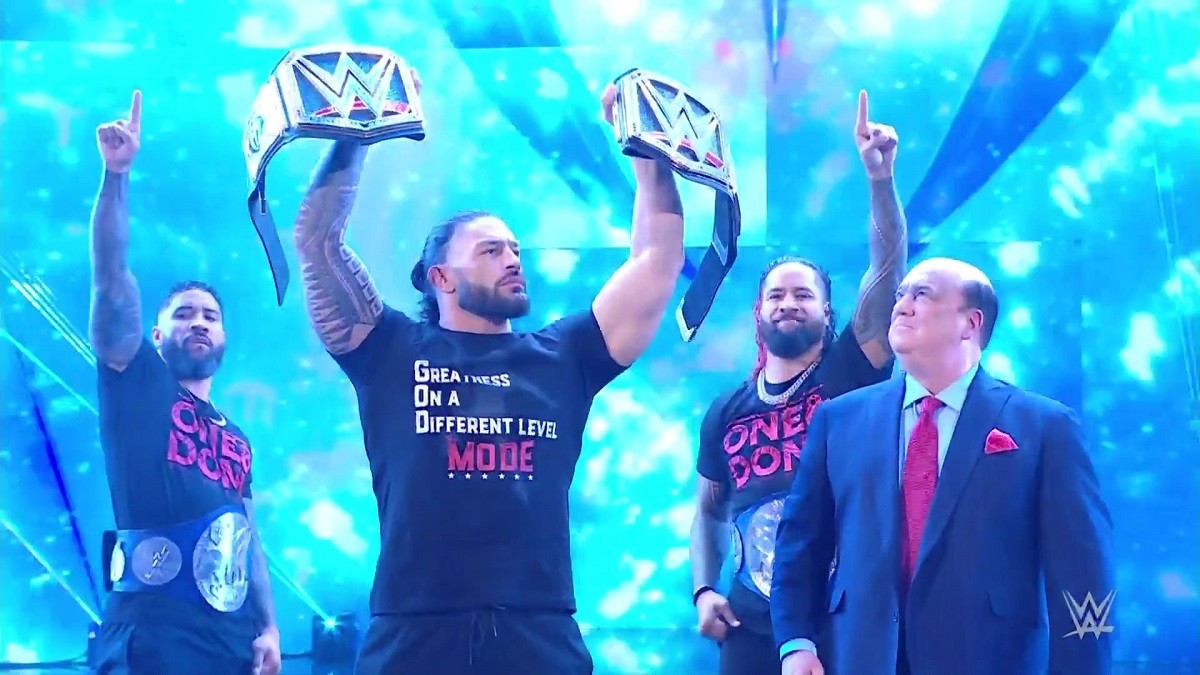 In the main event of Friday Night SmackDown, Roman Reigns ordered his cousins, The Usesthat they win the RAW Couples Championships and bring them to the blue brand so that the three of them have two titles each and reign together WWE.

After his brand new victory in the main event of WrestleMania 38: Sunday, Reigns came out to brag about his conquest. He claimed that with having the Universal Championship was not enough and that led him to kick the butt of Brock Lesnar and also take the WWE Championship with him.

Then, he addressed his cousins ​​and current SmackDown tag team champions, to demand that they go to RAW and dethrone RKBro from the tag titles and bring them homesince he cannot tolerate that he is the only one in the group that has two belts and they have two one each.

Surprisingly, the former intercontinental champion appeared, Shinsuke Nakamura. She arrived alone, since Rick Boogs is injured in his quadriceps so she will be out for a while. Nakamura had a microphone in his hand, but Roman didn’t let him speak and hugged him, supposedly trying to comfort him for the loss of his friend Boogs from him.

Nevertheless, The Usos applied Superkicks to him to leave him lying on the canvas and for The Bloodline to celebrate in style at the end of the program’s broadcast. Reigns has not announced anything regarding his future. We will have to wait to find out if the Japanese’s departure to meet him will be the beginning of a rivalry or if he just went out to face the Usos in defense of Boogs.