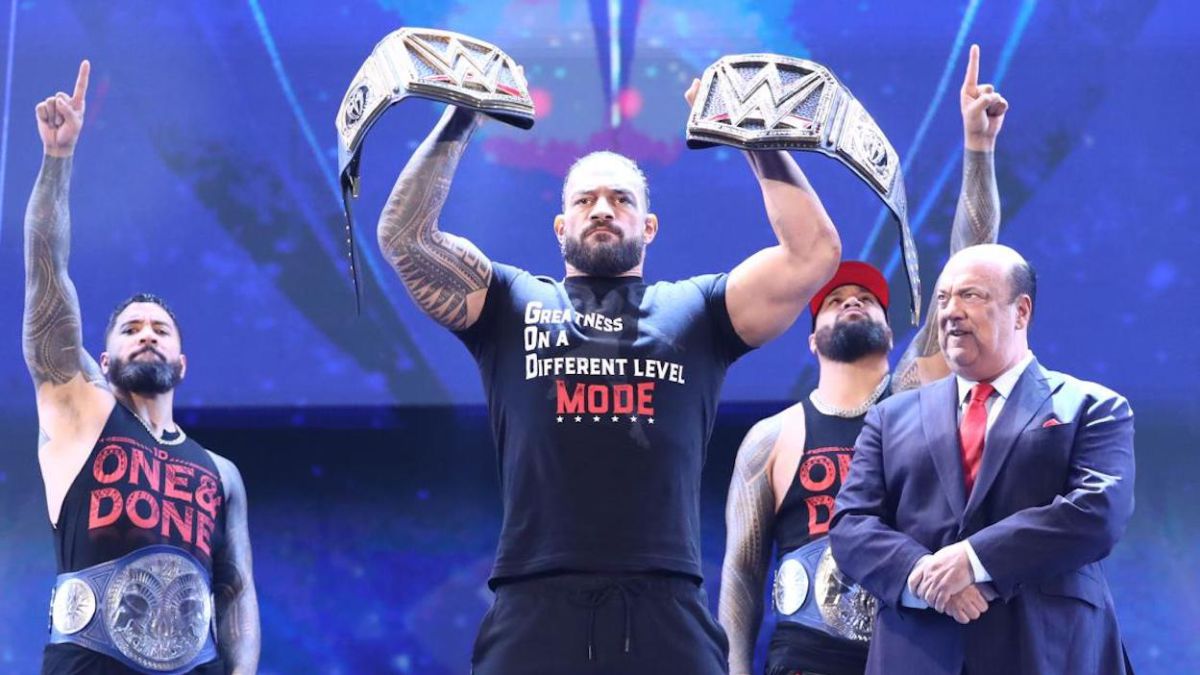 The Raw after WrestleMania, called ‘After Mania’, is a very special show. There begins the road to SummerSlam, the second cornerstone of the year in WWE. Therefore, you should never miss it. Even so, It is a program with a lot of microphone and few fights. The stories begin with comebacks and segments to the public. After WrestleMania 38 it happened again. The man I most wanted to see was Roman Reins. The ‘Tribal Chief’ defeated Brock Lesnar and was proclaimed unified champion. What is the next step? It is what we all want to know, but we will have to wait. Roman appeared alongside his cousins ​​The Uso and Paul Heyman. The lawyer took the floor and after a long presentation he summoned us all to SmackDownthere they will tell what their next objective will be.

The other proper name of the night was that of cody rhodeswho reappeared in the Saturday night and was in charge of opening Raw. Cody was clear: he was right to return to WWE. Also, he remembered his father, Dusty, and received Seth Rollins. Rhodes had praised ‘Freakin’ minutes earlier, calling it a “dream” to come back and fight him. Seth responded by shaking his hand as a sign of respect.. On the other hand, Bianca Belair also came out to celebrate her victory over Becky Lynch. She did it with a black eye, a clear message: “After Saturday, I’m the best,” she blurted out. In the chapter of returns / arrivals there were several stops. Kevin Owens came out to the ring and was surprised by Stone Cold’s level and used his back injury as an excuse to lose. KO was interrupted by Ezekiel, who is Elias without a beard and with another outfit, but the fighter maintains that it is Ezekiel, his brother.

This Monday also came, at last, Veer Mahan, who attacked Rey and Dominik Mysterio after the masked man lost against The Miz. While, the union between Edge and Damian Priest was confirmed, who helped the Canadian when AJ Styles wanted to attack him and claimed that he found the way after weeks lost. For its part, Bobby Lashley went out to celebrate his victory at WrestleMania with MVP, who ended up betraying him and sided with Omos, who attacked the former champion. Lastly, regarding the microphone, there was tension between Queen Zelina and Carmellasince the first blamed her partner for losing the women’s titles and Rhea Ripley and Liv Morgan they maintain their union and endorse it with a title fight next week, although this week they lost against Sasha Banks and Naomi.

In terms of combat, the highlight was the victory of Bron Breakker, who dethroned Dolph Ziggler and became NXT champion. Street Proftis (Angelo Dawkins and Montez Ford) defeated Alpha Academy (Otis and Chad Gable) in a lawsuit dubbed the ‘Texas Tornado Match’ due to Alpha Academy attacking before the duel began. Finally, The Usos (Jimmy and Jey Uso) fought alongside Austin Theory to prevail over the RKBro’s (Randy Orton and Matt Riddle) and Finn Balor.

Roman Reigns does not clear doubts in the Raw After Mania