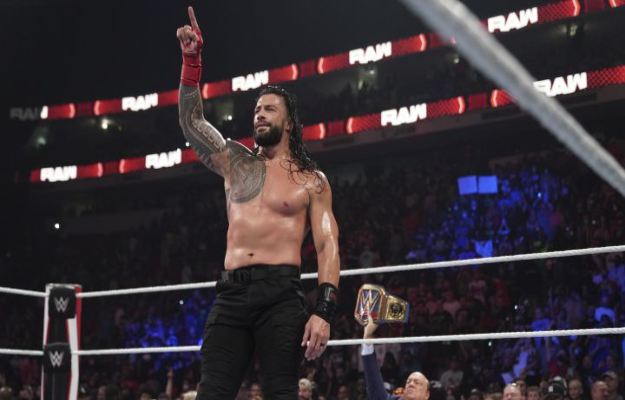 for the last raw before the most important event of the year WrestleMania 38, we will have the visit of the universal champion Roman Reigns, This has been confirmed in the last few hours.

The rivalries on the road to WrestleMania 38 are getting more and more heated, one of the most anticipated fights is that of the title by title between Universal Champion Roman Reigns vs WWE Champion Brock Lesnar where the winner takes all the expectations for this fight are so great that it has been announced as the biggest match in WrestleMania history.

To give priority to the promotion of this fight, WWE has confirmed through its official portal that the tribal chief will be present at the last show of the red mark before the big event and his important fight, despite belong firmly to the brand of SmackDown and not being a free agent, It is normal for the company to make these superstar visits to generate even more tension between the fighters.

All the super stars prepare for their fights

It should be noted that although Roman will be present at the last show, the same can happen with all the other superstars that are involved in important combats, Bianca Belair and Becky Lynch could have more face to face without a doubt being one of the most important combat.

In addition to this, other combats are still to be confirmed in the coming weeks, such as Kevin Owens vs. “Stone Cold” Steve Austin, KO’s hatred of the rattlesnake’s hometown in Texas would be the trigger that generate this dream match, however we still have to see let this be confirmed with our own eyes in the next shows.