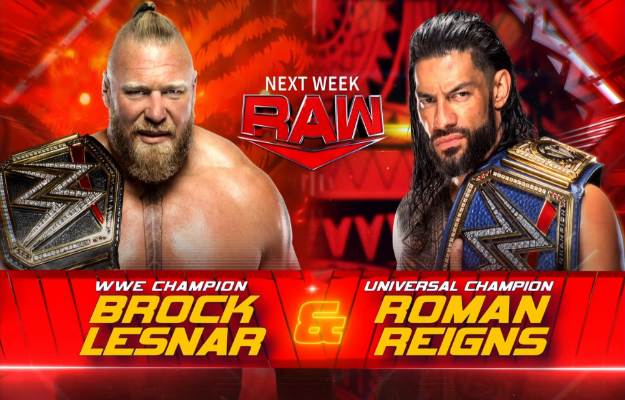 After a failed face to face, the universal champion Roman Reigns and the WWE champion Brock Lesnar they meet again next time monday night raw, the last stop before possibly the biggest fight in history.

Roman Reigns and Brock Lesnar are on a collision course

There is little left to see a fight that will mark history in the most important event of the year, Roman Reigns and Brock Lesnar can’t be close without destruction, we already saw it in Madison Square Garden and also last week SmackDown where the beast incarnate almost severely damages The Bloodline, this a few days after their title unification fight takes place.

It is more than clear that the tribal chief and the beast incarnate cannot get even two meters away after what happened, Even so, two weeks before the combat between the two takes place, another face-to-face has been confirmed, next Monday on Monday Night RAW Brock Lesnar and Roman Reigns will be present. 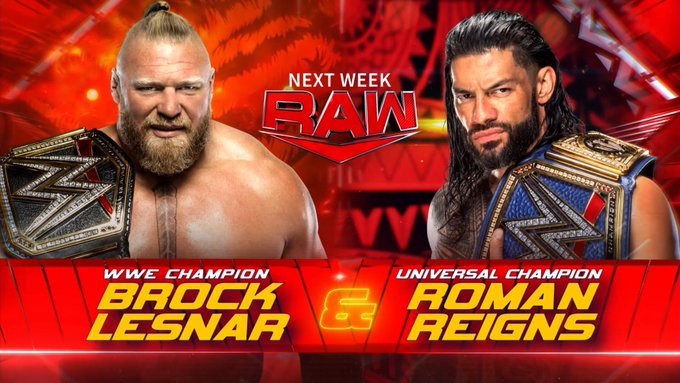 The rivalry between these two great exponents has been going on for a long time, in this last period we have been able to see them more on fire than ever, starting from the event in Saudi Arabia in Crown Jewel where Roman was able to retain his medal, the next opportunity was going to be Day 1 but the positive for Covid at the head of the table prevented it.

This will be the maximum point that will put an end to this rivalry with one of the two becoming undisputed champion, In addition to the historical moment in which the WWE Universal and World titles are unified forming a championship never before seen in the history of the company.