The night of raw it starts with the bro Riddle giving his first statements after his defeat against The Usos, besides talking about the state of Randy Orton, Properly prepares for a 6-man fight.

Riddle talks about his defeat and the future of RK-BRO

This week is another night monday night raw and who comes out first on stage is one half of former brand tag team champions, Riddle which begins by reviewing what happened last week in great fight between RK-BRO vs The Usos, is furious at the outcome of Roman Reigns interfering so that his cousins ​​become undisputed champions, but he also talks about status of his partner Randy Orton.

“@RandyOrton‘s been having a really hard time with his back lately. Before our Tag Team Title Match, he could barely walk. I knew Randy wouldn’t let me down because he knew how much it went to me. And he knew how much it meant to you.”
@SuperKingofBros #WWERaw https://t.co/GyWKpThw7A 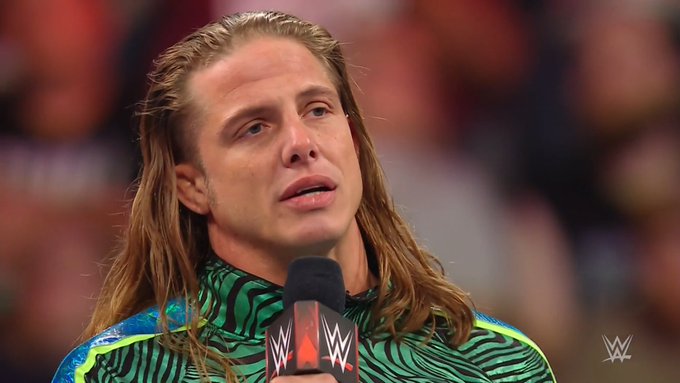 Almost with tears in his eyes he says that he is worried about Randy’s condition since he is like his friend, like his brother and he doesn’t know if RK-BRO will be able to be the same again, That’s why he swears that he will get his revenge vs all of The Bloodline and that starts tonight in a bro fight with Street Profits vs The Usos and Sami Zayn.

The new undisputed champions The Usos are making their entrance and Riddle can’t contain his anger so he’s going to attack them wildly, The bell officially rings and the master strategist raises his finger with Jimmy and Jey to face Angelo Dawkins, Montez takes his turn but in the middle Riddle returns to the attack to the other corner.

The representatives of the lineage try to impose themselves

the canadian Sami puts Riddle in trouble to look good in front of The Bloodline and when Jey enters the bro unloads all his fury on him, the count of 3 still does not occur so the attacks by Street Profits and The Usos continue with them dominating the Faces inside and outside the ring.

Montez Ford is the one who recovers with aerial kicks, Riddle takes over and changes the balance for his team, applies a modified RKO in honor of Randy and when preparing for the final move The Usos distract him and then leave Sami, he watches them and takes a full RKO, 1 2 3 Riddle and The Street Profits defeat Sami Zayn and The Usos, after this the bro does the pose of the viper with Montez and Angelo.

Dthank you for sharing and enjoying this great passion with us, PLANET WRESTLING . as always all the best information on wrestling and the world of Wrestling in Spanish, interviews, videos, and the best coverage and live monitoring. Also remember that you can directly access the rest of the news of the PPV WWE HELL IN A CELL Already all wwe news.

Riddle promises revenge on The Bloodline during WWE RAW