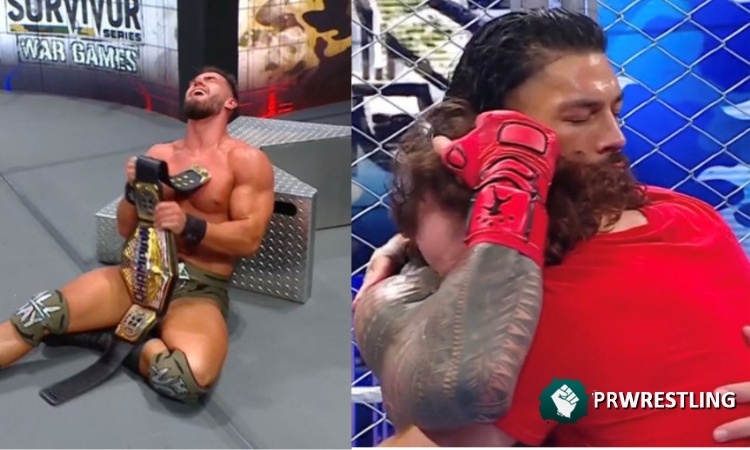 WWE celebrated Survivor Series on Saturday night before a crowd of 15,609.

Jey Uso approached Roman Reigns. Jey said that he warned them about Sami Zayn from day one. Zayn cost them the match last night and lied to her face about talking to Kevin Owens.

Jey wanted to know what Reigns wanted to do. Reigns told him to come out and be the right hand. Reigns said that he would look Zayn in the eye and know where he was standing. Reigns told Paul Heyman to bring Zayn to him.


Zayn approached Reigns in his dressing room. Reigns asked if he spoke to Kevin Owens last night. Zayn said that he did. Reigns asked why he lied to Jey. Zayn didn’t want to put too much on Jey’s plate before his big match. Zayn also said that he didn’t actually talk to Owens, Owens talked all the time.

Reigns wanted to know what Owens said and Zayn told him that Owens wanted him to attack the Bloodline first. Reigns knew that Owens was his friend, but they (Bloodline) weren’t just family, they were blood.

Reigns needed to know where he was standing. Zayn was completely on Reigns’ side. Reigns stared into his eyes. Reigns then smiled and said, “Let’s do it.”

Triple Threat Match: Austin Theory defeated Seth Rollins and Bobby Lashley to win the United States Championship In a good fight which ends when Rollins was going to hit Theory with a Suplex, but Lashley hits Rollins with Spear and Theory falls on him to iron him and win.

The ending was all about Sami and Owens as Owens stunnered Roman but Sami stopped the ref. Owens reminds him what could happen to him but Sami hits Owens with a low blow. He then tells Jey to throw himself into Splash and pins him for the win.

Roman then asks Sami for a hug and the rest of the Bloodline hug him as well, thus ending the show.