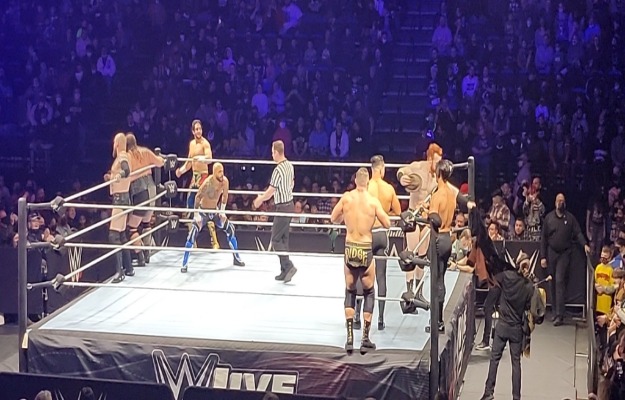 Last night WWE continued with its tour of live shows in American lands and here we leave you the results of the WWE show in Rockford, Illinois, which featured Bloodline at the main event.

Results of WWE Supershow on December 18 in Rockford

Yesterday’s supershow held at the BMO Harris Bank Center in Rockford, Illinois, left us curious things like seeing for the first time the fatal four way fight for the WWE title, what will we see next January 1 on WWE Day 1.

We also had the presence of Bloodline against a curious mix of rivals since we had King Woods and Drew McIntyre teaming up with RAW star Rey Mysterio to take on The Usos and Roman Reigns.

Another curious thing we saw yesterday was the fight for the women’s tag team titles and that could indicate a future rivalry for these, since Queen Zelina and Carmella, the current champions, faced the duo formed by Toni Strom and Sasha Banks which we already saw team up last Friday on WWE SmackDown.

Here we leave you the complete results of yesterday’s event:

Results of WWE supershow on December 18 in Rockford