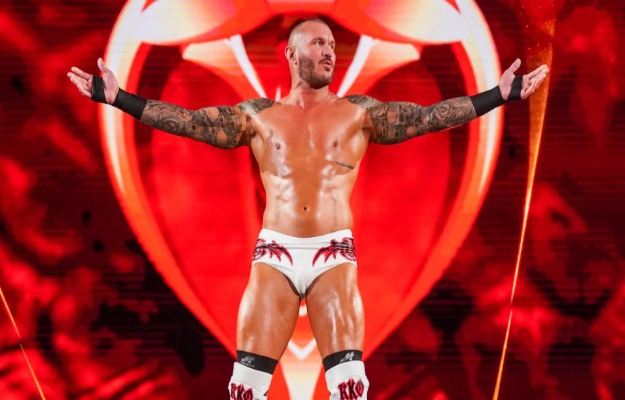 The last few days have been very important for 14-time WWE World Champion Randy Orton, because with his participation in the payment to see Survivor Series, the ‘Maximum Predator’ became the star with the most appearances in PPV events in WWE history.

In addition to this very important record -which has already been recognized by the Guiness World Records- last Monday on Monday Night RAW, Randy established a new one.

The Guinness Records also congratulated Natalya, who set the Survivor Series record for the most PPV appearances by a woman with a total of 68.

In the last episode of RAW RKBRO faced The Dirty Dawgs, against whom they managed to successfully defend their RAW Tag Team Championships. This fight was Orton’s 437th in the Red Mark, which is more than any other fighter in Vince McMahon’s company history.. The WWE Twitter account on Fox made the official announcement:

With that match, @RandyOrton sets ANOTHER record. pic.twitter.com/bbJRAAhEQs

In your profile, Randy Orton posted a series of Tweets in which he thanked fans for all the support they have given him throughout his career. The 4 Tweets of the legendary fighter, published before Survivor Series say the following:

“I have never been someone to compile his records and statistics for his entire career. At first, it was funny to think that in this profession you have “wins” and “losses.” And you certainly wouldn’t talk about it with the guys, much less with the fans. But I’m lucky to have some fans (and friends) who have done just that, collect my stats. Not just the wins and losses, but damn, everything you could think of! It has come to my attention that tomorrow in Survivor I am going to set a new record for having more PPV matches than anyone else in WWE history.

The next night on RAW coincidentally, if I have a match, I will have had more matches on RAW than anyone else in history. I saw this on the internet, I checked, and it’s true… It’s a bit hard to believe, it feels like I made my Ohio Valley Wrestling debut yesterday. I just want to take a minute in light of these ‘stats’, and let everyone who has ever supported me in any way know that I am grateful. I also know with all my heart that I couldn’t have done this without you. Now, on my 15th Survivor Series… Man, time flies, doesn’t it? ” Randy wrote.

The following night on RAW coincidentally, if I have a match, I’ll have had more matches on RAW then anyone in history. I saw this online, checked it, and it is true… kind of hard to believe, as it feels like I only started down in OVW yesterday. I just wanna take a minute …