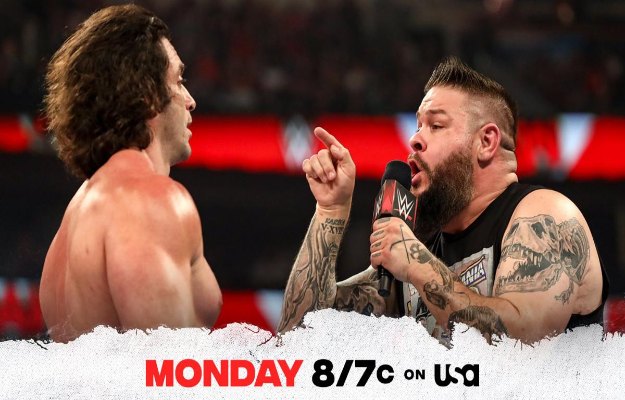 Golden opportunity for Theory to win his first WWE championship. He has already defeated the fighter individually and has done so against the intercontinental champion. Vince’s protégé has developed a great character on Raw that postulates him as the new champion in the face of the great push of recent weeks. In his most important fight of the year.

Prominence of the championship in pairs

After the doubts about the positive of Rhea Ripley, the possible problems of Sasha Banks have made it clear to the company that everything ends this Monday. With a technical tie during this week in individual fights, it is time to face each other. A dream that opens realistically seeing the way the challengers arrive. There is no more even match where Sasha can be the fundamental part to retain.

The polygraph to Ezekiel

Elias’s younger brother faces a polygraph to make it clear that he is not Elias. There is no doubt, except for Kevin Owens who continues to maintain that he is the old singer Elias. Everything stays in that segment that will be the funniest part of the program. Adding history to this rivalry that can explode in the company’s next PPV.

In which are those who have had the championship 24/7 the longest get married after living many adventures together. His bachelor party was somewhat bizarre because of the priest R-Truth that you can put together some of your own. It is postulated as the great moment of the program after the flame of love that has arisen from dodging the dangers of having the belt.

In this second wedding the challengers arrive. Tamina is experiencing moments that are difficult to explain. She has gone from having a title shot on a pay-per-view, to holding the tag team titles for months, now to marrying Akira Tozawa. A slow-cooked story that confronts passion and the desire for a belt that will be in the spotlight.