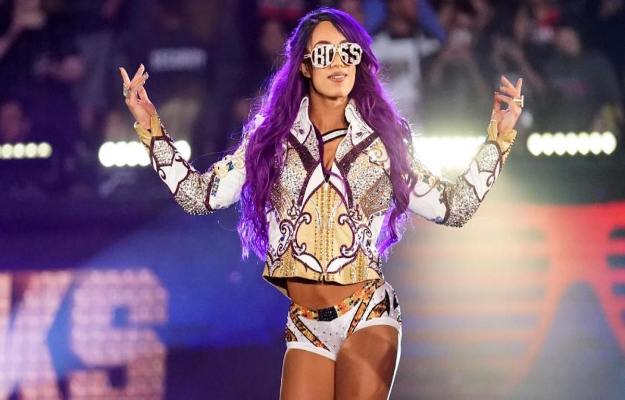 Recent rumors indicate that ‘The Boss’, Sasha Bankswould have a fight for the Women’s Tag Team Championships in the next edition of Wrestlemania.

On the last episode of smackdownSasha made his return to the Marca ring after several weeks of absence, because the last time he fought on the Blue Show was on December 17 when he teamed up with Toni Storm to face the Champion’s couple, Charlotte Flair, and Shotzi. Last night, Shotzi was again his rival and suffered defeat at the hands of Banks.

The interesting thing about the fight was not the victory, but that Naomi appeared before the confrontation began to sit at the comment table and, after the victory of the Grand Slam Champion, went up to the ring to celebrate with her and announce that they will be the next Women’s Champions in Couples. Sasha looked at Naomi in surprise, but she approved of the idea.

Reaction of the current Champions against the possible confrontation at WrestleMania

The Women’s Tag Team Championships currently belong to Queen Zelina and ‘The Most Beautiful Woman in WWE’, Carmella, who got them after defeating Rhea Ripley and Nikki ASH on the November 22 episode of Monday Night RAW. From there they have only had one defense on January 3, also on RAW, and three others that have not been televised. WWE has not confirmed a match for them at WrestleMania, but the Sovereigns have already reacted to the possibility of facing Naomi and Sasha:

Carmella, for her part, responded with a GIF saying ‘um, hello’.

Sasha and Naomi have teamed up in the ring before, so the potential ‘Mania’ match could be seen as a ‘Team BAD’ reunion.stable in which Tamina was also and that emerged within the framework of the WWE Women’s Revolution (2015).