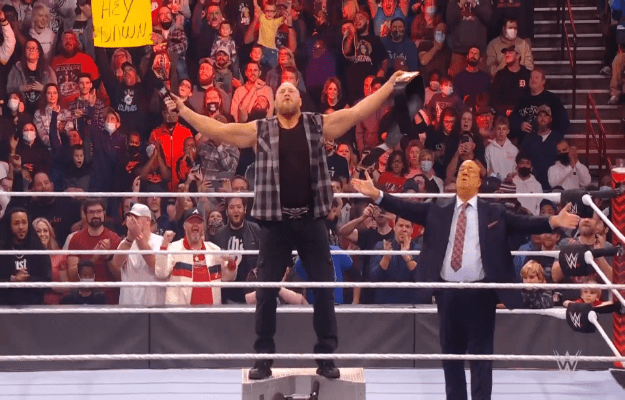 In the first Monday Night RAW In 2022 an event occurred that left the WWE universe perplexed, Paul Heyman returned as spokesman for the new WWE champion Brock Lesnar.

On January 1 at the PPV Day 1, we witnessed the first big surprise of the year with Brock Lesnar becoming WWE Champion for the sixth time in his career, after it was reported that the universal champion of Roman Reigns had tested positive for Covid-19 and the changes for the fight he had agreed with Brock Lesnar have changed to participate in the fight for the WWE championship, it all ended at Lesnar’s coronation.

For months there had been an uncertainty between Paul Heyman’s loyalty to Roman and Reigns and Lesnar in between, tonight. In the first RAW of the year we started by seeing Heyman himself introducing himself as the manager of the beast incarnate.

In the end it is revealed that All this time Heyman if he was on Lesnar’s side from the start, Among all that he said, it was confirmed that Heyman was responsible for Lesnar’s free agency and He was the one who pulled the strings for him to participate in the fatal 4-corner game.

We do not know How is Roman going to respond to all this but without a doubt as soon as he returns everything can explode, for the moment there is a fight 4 Corners Fatal Among Original Day 1 Main Event Participants to find out which of them will challenge Lesnar for his title.