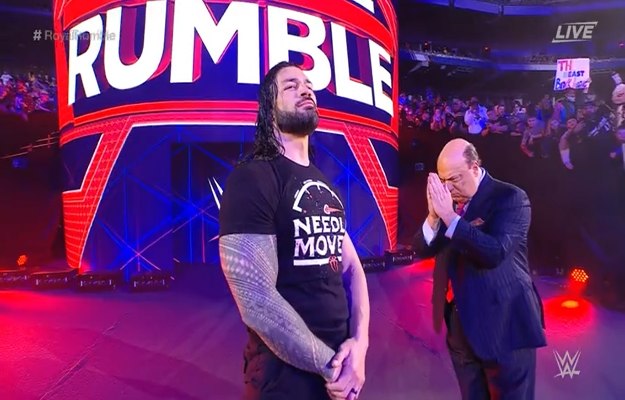 A week has passed since the celebration of WWE Royal Rumble. A Pay-Per-View where we saw an unexpected moment, which was Paul Heyman’s betrayal of the beast incarnate. All this triggered a shower of doubts about that situation and no one could explain the reason for that betrayal. However, the new spokesman for Roman Reigns explains the reason for having opted to go with him.

Paul Heyman believes that Roman Reigns is a safe bet

Through an interview with Corey Graves on the “After the Bell” podcastPaul Heyman analyzed a little more the decision he made in WWE Royal Rumble. The former ECW owner assured that Roman Reigns is a very safe bet for the future. This being totally different from the case of Brock Lesnar. Some details that he mentioned were that the Tribal Chief is an excellent athlete, the power that he has now and the great family descent that he has.

“What makes Roman Reigns a bet for the future, even against Brock Lesnar, is that: A) Roman Reigns is also a D1 athlete. B) No pun, or maybe all pun on the name of the crew surrounding the Tribal Chief, it’s just bloodline. His father and his uncle were extraordinary athletes at a time when they were portrayed as savages.”

On the other hand, Brock Lesnar did not sit idly by in the last event. The former client of Paul Heyman entered as the last participant of the Men’s Royal Rumble to be the one who takes the victory, which has been highly criticized. With that victory and his decision issued last Monday, Brock Lesnar will officially be facing Roman Reigns for the WWE Universal Championship at Wrestlemania 38.

However, let’s not forget that Brock Lesnar mentioned that he is looking for a title vs. title match at Wrestlemania. Therefore, he will look to come out with the WWE Championship again in WWE Elimination Chamber.

Paul Heyman explains his decision to return with Roman Reigns