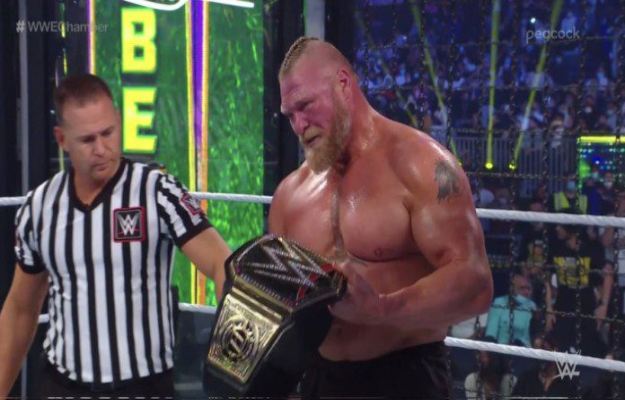 On Elimination Chamber there was a surprising moment on the part of Brock Lesnar that was not planned, however it would not have been Lesnar’s fault at the time but because of confusion.

Brock Lesnar improvises his entrance to the Elimination Chamber fight

On February 19 from the kingdom of Saudi Arabia, we were able to see an incredible moment in Elimination Chamber in which Brock Lesnar kicked his camera, apparently not wanting to wait any longer to enter the match with the three competitors, no however shortly after it was confirmed that this was not planned and it was Lesnar’s improvisation.

The fight ended with the beast incarnate eliminating all the competition to regain the WWE championship and go to WrestleMania to face Roman Reigns on a title by title, Regarding the unexpected moment in Elimination Chamber, journalist Dave Meltzer from the portal Wrestling Obersever has added more details about it.

As reported by Dave Meltzer, Brock Lesnar already knew in advance that Bobby Lashley was not going to be able to compete in the match, but he did not know when and how he was going to enter, apparently Lesnar would have thought that the fact that his capsule did not open was a technical error and that is why he decided to kick it, this act was the one that surprised everyone as they did not expect the beast to do that.

Maybe what Lesnar did was not part of the plan but he did not do it only for pleasure but for mere confusion, In any case, the result was imminent and it was him conquering the Elimination Chamber and getting what he wanted, having the WWE championship back and seeing their faces with Roman Reigns, We’ll see who takes all the gold when the time comes for this epic battle in WrestleMania 38.

News about the improvisation of Brock Lesnar in WWE Elimination Chamber