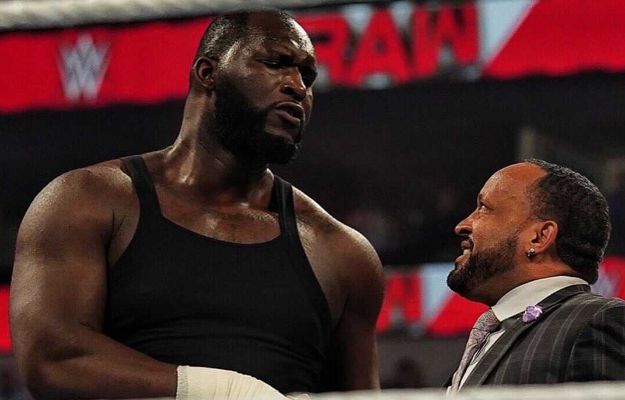 Last raw we saw how MVP attacked from behind bobby lashley to join Omos, now he explains the reasons for his actions about the betrayal of the year.

MVP ends his association with Bobby Lashley to join Omos

Last night in the monday night raw post WrestleMania, We saw the all-powerful Bobby Lashley making a grand entrance with his MVP manager, they celebrated Lashley’s victory over the giant Omos in the great event on Sunday, the celebration was interrupted by the arrival of Omos who asked for his revenge, however, what happened next left everyone perplexed.

MVP betrayed Lashley from behind, After this, together with Omos, they massacred him completely and formed a new alliance leaving the all powerful on the ground, backstage this new association was interviewed and MVP explained why he committed that betrayal.

“The almighty, Bobby Lashley, this force of nature, at some point forgot about the conversation we had in that warehouse several years ago. Look, all I did was help the Almighty remember what he was capable of. But somewhere along the way he forgot who helped him get back on that path, now it’s all about him, what I did. I am the almighty, I did this, I did that. Omos, he needs someone who can help him unlock the potential of him to truly be the monster that he is, I think I’m the man to do it.”

What will happen to Lashley and this new duo?

It seems that we are heading to witness the beginning of a new association that seems unstoppable and will destroy everyone, the interesting thing is to know How Bobby Lashley will respond to this and if he will take revenge for what happened In the next weeks.

MVP explains why he betrayed Bobby Lashley on WWE RAW