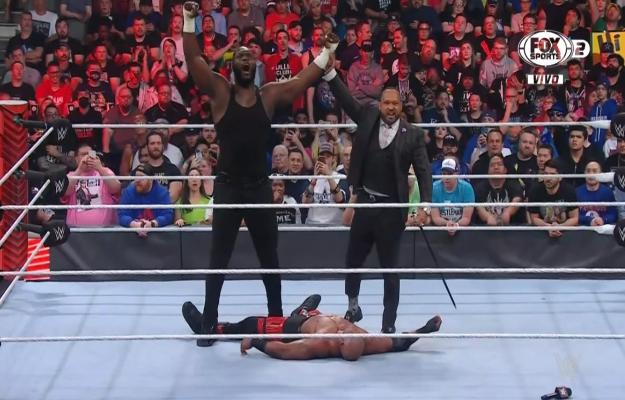 Tonight during the celebration of the almighty bobby lashley in MVP company, the tension increases with the presence of Omos and MVP’s true allegiance is revealed in monday night RAW.

Yesterday we witnessed a historic event, in the night two of WrestleMania 38 The All Mighty Bobby Lashley and Omos went head to head to see who was the most dominant superstar in all of WWE, the giant was confident having devastated all the competition to date, however Lashley achieved the unthinkable and became the first to be able to defeat Omos cleanly, Tonight in raw we would see him with MVP to celebrate this victory. 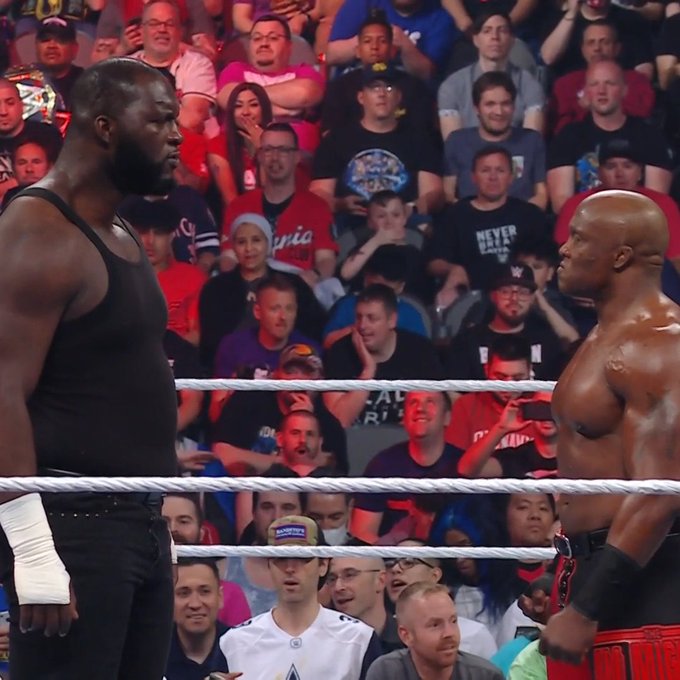 Lashley and MVP arrive at the ring and the latter takes the microphone to congratulate the almighty on his impressive victory, highlighting the fact that he didn’t need MVP’s help by his side, to this Omos appeared to demand a rematch, everything indicated that this is what we were about to see but out of nowhere we witnessed the betrayal of the year.

MVP teams up with Omos to destroy the all powerful

Bobby Lashley is attacked by MVP from behind and this gives free passage for the Omos to pulverize him, he holds him by the arms so that his former manager hit him in anger repeating the words “So you don’t need me”, in the end Lashley is very hurt and lying on the ground without being able to do more before the double beating and especially that of the giant.

Tonight we witness the end of one of the greatest unions of all that bore fruit, Despite the two reigns that MVP lived with Bobby Lashley in the era of the all-powerful, the roles have changed and a new association with the giant Omos has apparently emerged.