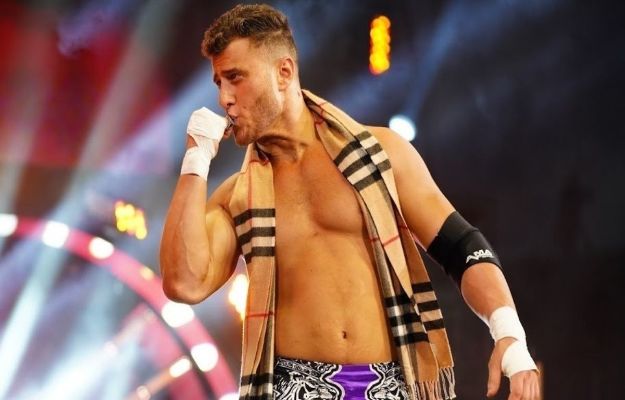 For a long time the current super star of All Elite Wrestling MJF has released winks about an arrival at WWE, now he has praised the work of the coordinator of the creative team of raw and Smackdown.

For quite some time one of the most outstanding super stars of the AEW company has expressed its intentions to reach out to the rival company, WWE where MJF would be the one who would like to make his debut in the future and have a showy step, there have been several occasions in which he has given hints and He has mentioned said intentions to reach the company and still to date that continues.

the same fighter has assured that it is the same Vince McMahon and the WWE who they would like to have him among their ranks once he is no longer linked to Tony Khan’s company, MJF was in a recent interview with ariel helwani and there he praised the work of the director of the WWE creative team Bruce Prichard and rekindled the vibes of an arrival at the company in the future, This was what he said.

time, when he was in MLW, he was one of the main producers there and he saw me doing promos and

he was in awe of me, completely in love with me. I was the prettiest girl at the dance.

amazing mind. I think he produces amazing television so yeah, I’ve talked to Bruce many times,

from what I’ve been contacted, legally it’s not smart for me to answer that question, but what

I can say emphatically that there is an absurd amount of interest in me. Tony Khan knows it,

shell out a lot of fucking money.

On his admiration for what he does with the WWE product

MJF confessed that loves what Bruce does with the main roster brands and with the territory of NXT 2.0.

I think we are new and we have new faces that people have never seen before, I think right now

everything that Vince McMahon and Bruce Prichard are putting out there is completely amazing, I adore

NXT 2.0, I love Raw, I love SmackDown, I love what Roman is doing. I think that

everything. I’m sorry for what’s going on with Brock Lesnar, you deserve better than that. I think they are

launching a great product. I think the big difference, honestly, is that AEW has MJF. That is the

biggest difference you could have.”

We will only know with time if we will see The Salt on the Earth displayed their talents in the WWE ring, as long as a ba contract is at stake, there would be no reason to refuse.