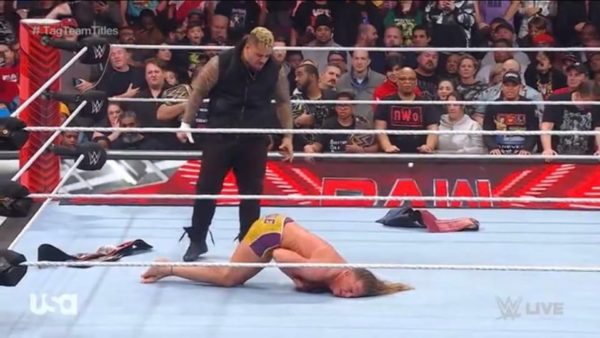 After what Matt Riddle was brutally attacked by Solo Sikoa on this week’s Monday Night Raw. Right after having lost alongside Kevin Owens against The Usos in a match for the WWE Undisputed Tag Team Championshipit was learned that after being taken out on a stretcher, the “Original Bro” was going to be out of action for six weeks.

Now new reports have emerged about the situation of Matt Riddleas Cassidy Haynes from Bodyslam.net reports former United States Champion failed a WWE wellness policy test, and in reality that would be the cause of his six weeks of absence. This would imply that a new violation -since it would be the second- could imply that he has to go to rehabilitation, or WWE can terminate his contract. The former was prior to SummerSlam and that was the reason why the fight against Seth Rollins in did not occur in said premium event.

«Sources have told me that the reason why Matt Riddle failed a drug test before SummerSlam, this was also the last test under the Vince McMahon regime. With Vince no longer in charge, a ‘new creative direction’ was taken regarding Riddle, and his big match against Rollins was postponed until Clash at the Castle. Also, I was told that the company informed Riddle at the time that another failed drug test would result in a ‘rehab or dismissal’ situation similar to what happened with Jeff Hardy previously.”

WWE has a wellness policy for their Superstars, and from time to time they have had to suspend someone, when they do not pass a test. He had not known of these cases lately, but it would be the first in the Triple H regime. With this situation, It is possible that Matt Riddle could be back without much problem for Royal Rumble 2023.