One of the former super stars of NXT 2.0 has given certain statements after his dismissal, Malcolm talks about the rumors about being able to be manager of Omos in raw, denying everything about it.

Last week WWE made a small wave of layoffs in NXT 2.0, 10 superstars saw their careers end, one of them was not a fighter but a charismatic manager named Malcolm Bivens, this was the manager of the Diamond Mine stable which had a little relevance but By not obtaining the championships as a couple, the situation went from bad to worse, Malcolm was no longer considered such a good manager although it is said that he was offered to be Omos’ manager on RAW.

It is said that the same Malcolm rejected this interesting proposal although recently a new one has come out information that points to something different, through a video posted on his twitter account he himself confessed with his own words that never received a proposal to be manager of Omos, This was what he said. 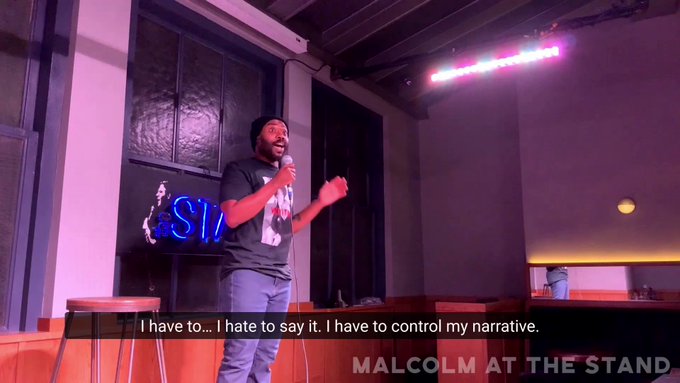 “A lot of people want to know, ‘Malcolm what happened.’ You know what they say, there are three sides to a story,

your side, the truth, and his side, so I have to be realistic, I hate to say I have to control my narrative,

this is the truth, there are many rumours, many speculations. Was I offered a contract in February? Yes.

Did I say you didn’t say contract? Yes. Did they offer me to be with Omos? No, nobody said a word to me about the

omos management. Did you tell me about the main cast? Yeah, people think I’m crazy

‘Malcolm, you dumped potentially millions, you walked away.’ Yes, I did it because I didn’t want to do it anymore, because

unfortunately he was not happy. On Stand & Deliver, I had a conversation with the lead writer and told him,

Two weeks ago, I said the same thing, I said, ‘I don’t think this is for me.’ It’s okay, your happiness is not

There is a difference, isn’t there?

Although WWE did offer him a new contract, his discontent with the company ended up giving the final answer to his decision to continue, had there been Omos between the negotiations or not, the result in the end was always Malcolm out once and for all.

Malcom Bivens denies rumors about being Omos’ manager in WWE