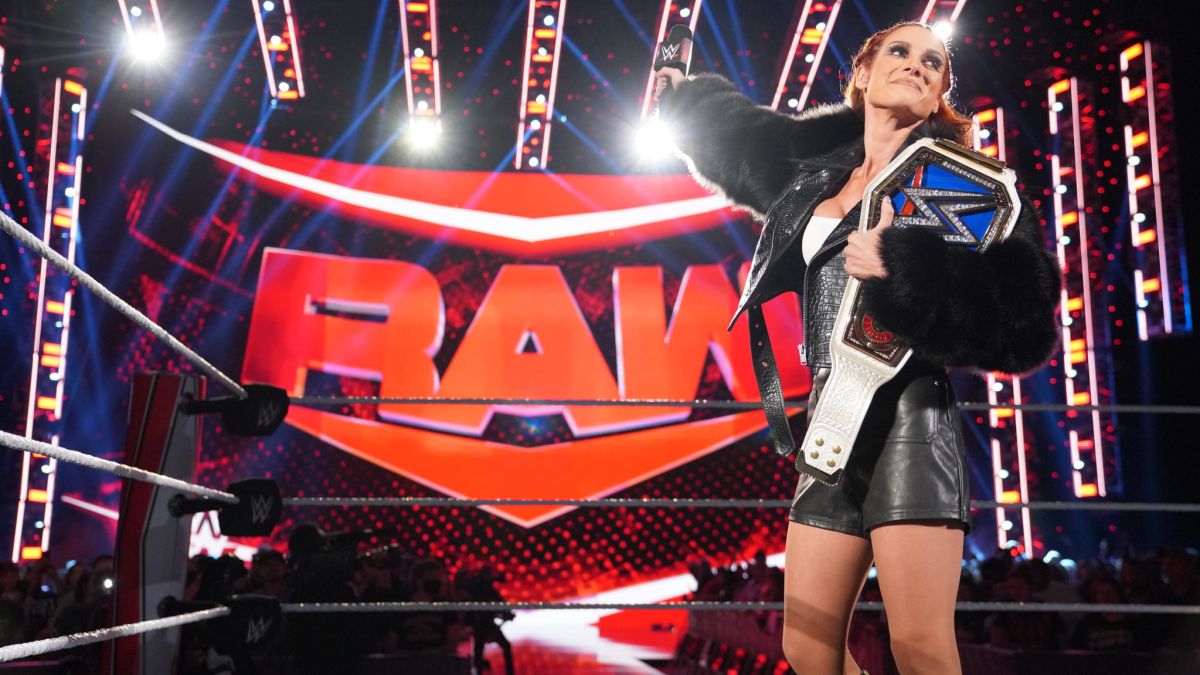 After the two nights of Draft, WWE is a real mess. The movements of fighters between Raw and SmackDown have caused situations that are not known where they will end. For now, what is clear is that there will be a transition period. The authority revealed that until after Crown Jewel (October 21) the changes will not be effective. There are a lot of wrestlers with unfinished business. Among all, those that have immersed the two female champions stand out. On Friday, Charlotte Flair landed on SmackDown and this monday, Becky Lynch was moved to Raw. That is, the champions move brand. Will there be a voluntary change of belts? Will there be a unifying struggle? The doubts are great, but for now Lynch has already dropped the option of being again “Becky two belts“.

At the moment there is nothing clear, especially with all the mess that has formed around it. When Flair and Lynch were arguing about the ring, Bianca Belair appeared to claim her place in front of Becky. Both will face in triple threat (along with Sasha Banks) in Crown Jewel, but the authority put Bianca in front of Flair to close Raw. The fight did not end, since when Belair had a clear account Lynch took her out of the ring. When Becky promised them happy, Banks appeared to remind him that there are three in that match. Sasha is the only one of the three who will continue on SmackDown, after being selected in the Draft.

Another one with unfinished business is Drew McIntyre. Last Monday he challenged Big E, on Friday he became part of SmackDown and this Monday he returned to Raw to challenge the WWE champion. Before making anything official, they both paired with Dolph Ziggler and Robert Roode, They interrupted them when they talked about the ring and ended up paying it in the form of defeat. After the triumph, Big E accepted McIntyre’s challenge and they will meet at Crown Jewel. TOThere will also be Goldberg, who massacred Bobby Lashley, Shelton Benjamin and Cedric Alexander, who came to Bobby’s aid and ended up worse. The duel between the Hall of Famer and Lashley was already confirmed for the Saudi PPV, but now it has been added that it will be a fight without barriers. The night went to Benjamin and Alexander, after that they fell to Kofi Kingston and Xavier Woods.

Of the rest of the Draft, one name stood out: Gable stevenson. The gold medalist in Tokyo 2020 and recent WWE signing will debut on the main roster, as he has been selected by Raw. The Olympian was very happy in a video with his family, but it is unknown when his debut will be. As for the rest of the Draft (those already mentioned do not appear in the list), Smackdown selected The Usos, Shinsuke Nakamura, Rick Boogs, Sheamus, Shayna Baszler, Xia Li, Viking Raiders, Ricochet, Humberto Carrillo, Ángel Garza, Cesaro, Ridge Holland, Sami Zayn, Shotzi Blackheart, Natalya, Jinder Mahal and Shanky. While, Raw chose Bobby Lashley, Seth Rollin, Damian Priest, AJ Styles, Omos, Kevin Owens, Street Profits, Finn Balor, Karrion Kroos, Alexa Bliss, Carmella, Liv Morgan, Cedri Alexander, Shelton Benajmin, Dirty Dawgs, Veer, Jaxon Ryker, Dana Brooke, Mia Yim, The Mis, Tamina and Tegna Nox. They stayed as free agents (the injured were not selected) Goldberg, John Cena, Brock Lesnar and Lucha House Party, of whom there are rumors that they could leave the WWE.

As for the rest of the show, Damian Priest returned to make a successful defense of the United States Championship, in this case before Jeff Hardy. They also kept their belts Rhea Ripley and Nikki ASH., who presented the titles in pairs before Tamina and Natalya. While, Shayna baszler beat Dana Brooke and Humberto Carrillo and Ángel Garza to Mansoor and Mustafa Ali.