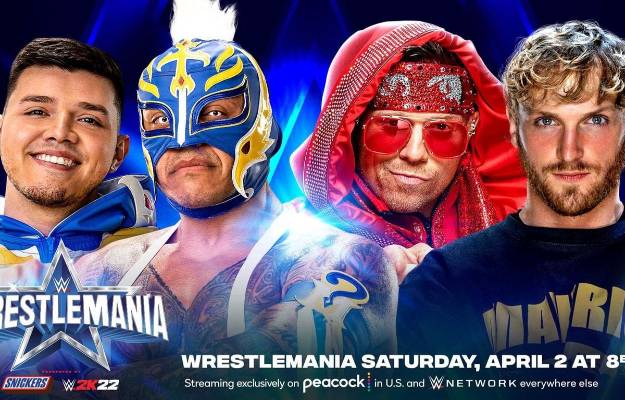 During the last few hours there have been many WWE news at the time that the possible fight that will take place in the showcase of the immortals was confirmed on Monday’s program where we will have the Mysterio family against the veteran Miz and a superstar like Logan Paul.

The cover of 2K22 has to appear in an integral way in all the monthly events of the company now that it is confirmed that throughout this year it will end up being withdrawn and leaving his son Dominik in the best possible place. As for the rivals, it will be curious to see a youtuber like Logan Paul in action.

This week on “The MMA Hour with Ariel Helwani,” Logan Paul stopped by to talk about how their match came to be. at the great WWE WrestleMania 38 event.

“I say yes to things that sound fun,” Paul replied.

“They wanted me to compete at WrestleMania. I like The Miz. I’ve had it on our podcast. We are both from Ohio. We’ve always gotten along, so we’re teaming up against The Mysterios, who are a legendary WWE family.”

The way Logan Paul has grown as a WWE fan.

“I have been a fan of WWE wrestling all my life and this is another dream come true,” he said.

“My life is a series of impossible things that happen. I no longer know what to do or how to understand it.”

The way in which he is going to prepare for the physical confrontation.

“I’m going to go to Orlando and get the proper training there and learn everything I need to know about receiving and giving hits and fully immerse myself in the sport as I do everything I end up doing.”