SmackDown Women’s Champion Ronda Rouseyputs his Medal into play against a staunch and experienced rival, Nataliein the PPV Money in the Bank.

One of the most personal rivalries in recent weeks in WWE It has been that of the UFC Hall of Famer, Ronda Rousey, and WWE veteran, Natalya. Both were friends in the past, and they showed how much they know each other in this contest that is a clear candidate to be one of the best of the evening. 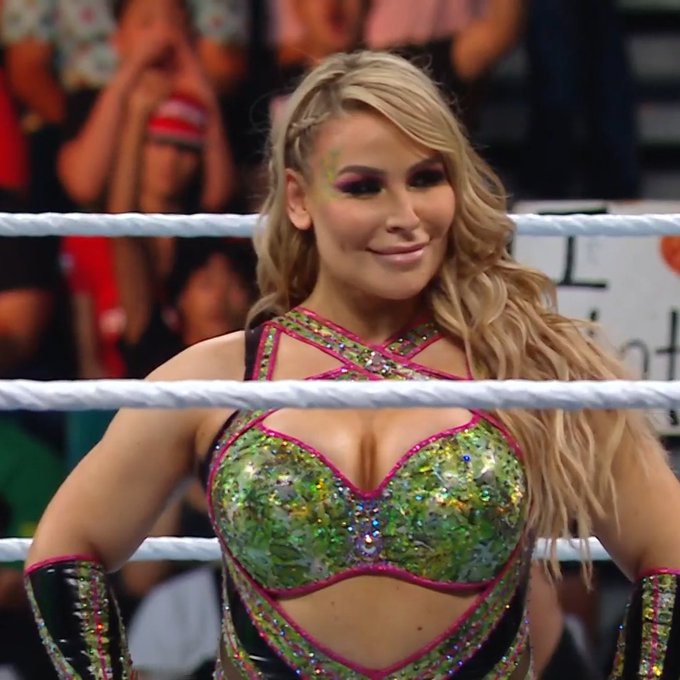 Insulting and submission moves opened up the action, and we saw an innovative offense from Rousey.. Both athletes proved to remain firm in their purpose of making their rival surrender by taking the fight to the ground on more than one occasion. Even, Nattie tried to get into Ronda’s mind by applying the Ankle Lock that the Champion inherited from Kurt Angle.

A tough matchup for Ronda Rousey at Money in the Bank

Added to Natalya’s aggressive and accurate offense, the emotional factor also had to affect a Ronda that had to deal not only with physical pain, but also with various insults that the Canadian told him in different parts of the fight, calling her a ‘bitch’ and mentioning her family and baby.

Ronda tried her Arm-bar and Piper’s Pit a few times, but Nattie refused. The Canadian then tried to steal the padlock from Ronda’s arm, but the ‘Baddest Woman on the Planet’ responded with a strong insult:

REFERENCE TO THE MONTREAL BETRAYAL!

Rousey then used the same medicine as Natalya and applied her Sharpshooter, which absolutely nobody thought is that Ronda did the characteristic pose of Shawn Michaels while keeping Bret Hart’s niece trapped in the iconic submission. It is not necessary to explain everything that has happened between ‘The Hitman’ and Michaels. Definitely, Ronda took a sensitive topic out for a walk and gave the Universe a very interesting spot.

Ronda Rousey continues to reign on Friday Night SmackDown, but Liv Morgan had other plans

As promised, Ronda caught Natalya in her Arm-bar and managed to subdue her. 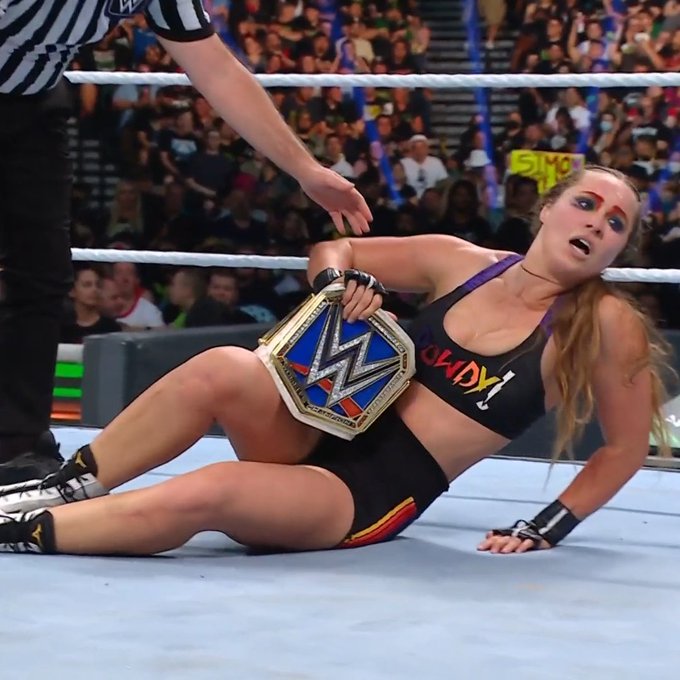 However, it would not be the end, Miss Money in the Bank would show up to Redeem her Briefcase.

LIV MORGAN IS THE NEW CHAMPION!

The exchange was made official and the fight began with Ronda applying her Ankle Lock to Morgan amid boos.

Liv managed to get out of the lock and catch Ronda in a ‘little package’ that would reach three and end her reign as SmackDown Champion.

Liv Morgan is the new Sovereign of Friday Night SmackDown