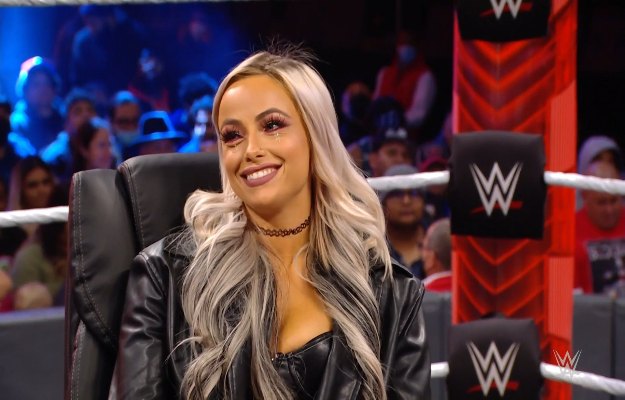 The star of Monday Night RAW Liv Morgan spoke about the controversial promo she gave at the signing of her title fight against Champion Becky Lynch.

Morgan hinted at some stars fired from WWE

As we already know, World Wrestling Entertainment does not like the idea of ​​their ex-stars being mentioned in their programming, so when Liv Morgan gave a little wink to her friends from ‘The Riott Squad’ who were fired from the Company during a promo on RAW, WWE decided to delete said phrase when uploading the video of the segment to its YouTube channel. Liv recently broached this topic during an interview with ‘SHAK Wrestling’ and mentioned that she knows it was a sensitive topic but her friends told her that what she did was amazing:

“I think we can all feel the way we do, we can all react the way we want to. I know that what I said could be a bit delicate because it is a sensitive subject, but – as you said – that is my truth and that is how I felt. After that my friends came up to me and told me how wonderful they were and how proud they were. “

“I felt good about it because I felt, in the first place, that I was defending his honor (of Ruby Riott and Sarah Logan). Two, they loved that I did it, and three, that’s how I felt (…) I don’t want to offend anyone, I don’t want anyone to bother with what I said. So, in that aspect, you know that I don’t like that, I don’t want people to get angry because of something I said without malice… But, like I said, people are free to feel whatever they want. “ Said the challenger to the RAW Women’s Title.

Liv will have a new chance for the Monday Night RAW Women’s Championship before Becky Lynch on January 1 at PPV DAY 1.

Liv Morgan talks about her promo about her friends being fired