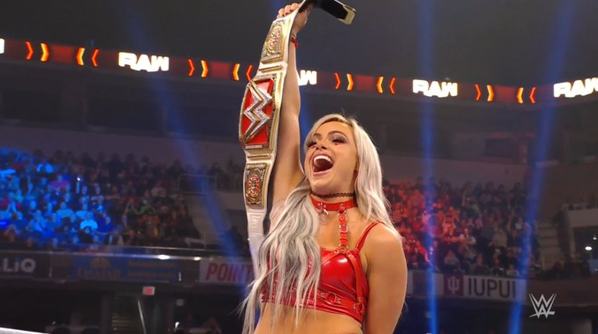 Liv Morgan promises to win the championship. WWE has had an agreement with the ‘Make-A-Wish’ Foundation for many years that helps children and young people with terminal illnesses to fulfill different wishes, including the possibility of meeting a World Wrestling Entertainment star, being the 16-time World Champion John Cena the most requested by his young fans who are eager to chat with him for a few minutes, take pictures and ask for his autograph.

Recently, one of these fans who benefited from the Foundation named David requested to meet the number one challenger for the Red Brand Women’s Title Liv Morgan, who was able to meet her follower and promise that thanks to the support he gives her, she will be able to beat her. Becky Lynch on the next episode of RAW and become the brand’s new Women’s Champion.

The exciting moment was shared on WWECommunity’s Twitter profile:

“Liv Morgan meets an amazing fan at Make-A-Wish’s ‘Winter Wonderland’, who wished her luck in her fight against Becky Lynch for the RAW Women’s Championship this Monday!”

.@YaOnlyLivvOnce meets an incredible fan, at the @MakeAWishCT #WinterWonderland, who wishes her luck in her match against @BeckyLynchWWE for the #WWERaw Women’s Championship this Monday! #WWECommunity pic.twitter.com/BSKdZYZcfR

Morgan has received the support of a large part of the WWE Universe on the way to what will be the most important fight of his entire career; in fact, legendary Canadian wrestler Trish Stratus also posted on Twitter that she wants Morgan to get the Title, as well as feeling happy to see a certain similarity in their wrestling outfits. The match will take place on the exact date of the 17th anniversary of the first female match to be a main event in WWE history, performed on RAW and starring Trish Stratus and Lita.