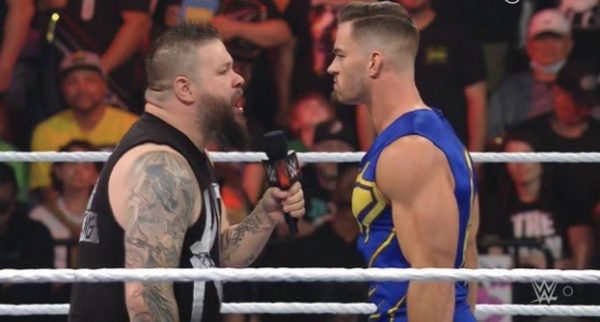 In the most recent edition of Rawa fight took place between Kevin Owens Y austin theory In the midst of the rivalry that they have been working on lately, but beyond the excellent combat they offered —with a KO victory—, the remarkable thing It was the great promo that the former Universal Champion sent himself, making fun of Mr. Money in the Bank saying that “the opportunities had been given to him” and that “he was expendable”.

► Kevin Owens’ promos have stood out in recent weeks

on his podcast Wrestling With FreddieFreddie Prinze Jr. praised Kevin Owens for his promos, and lor compared to what MJF does in AEW.

“Kevin Owens came out to interrupt Austin Theory and he hit him, well he hit him, but before he hit him in the face, hit him with a promo that he would put up there against anything MJF has done in the last year and a half. And now she almost does it twice in one week.

“It was so real and so in control of every moment: his walk up the stairs, the entrance to the ring, all while speaking. He was patient, he was calm, and when it was time to go into this guy, he went into Theory. And when Theory’s natural instinct is to look away, because if you look at him, you’re going to want to hit him, Kevin Owens started pushing him, slapping him and demanding eye contact and I felt like he was saying real things there.”

Things are clearly changing in WWE under the Triple H regime, and some Superstars have benefited here, as in the case of Kevin Owens, who has been one of the “spoiled” of the Cerebral Assasin.

Kevin Owens promos are compared to those of MJF