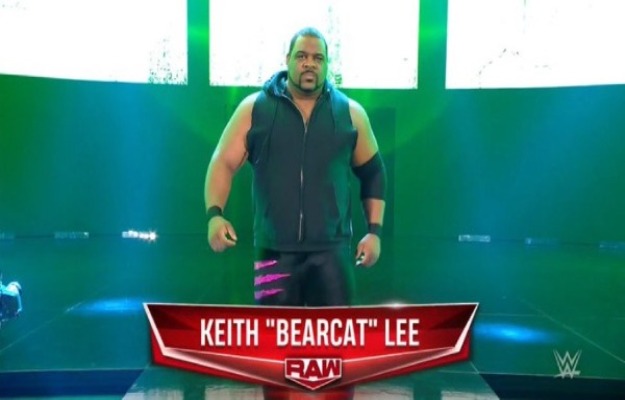 During his last stage in WWE former wrestler raw Keith Lee has expressed his experience working with the most recent character he was given, Lee says that he never felt comfortable with the character of “Bearcat”.

Former WWE wrestler Keith had a very striking character during his time on the brand NXT, the character of “Limitless” was one of the most popular characters of the then Black & Gold, when Lee made his promotion to the main roster he always kept this character and name although with another musical theme, however his career began to have ups and downs and in his last stage he had a new and curious character.

At the end of 2021 he adopted the character of Keith “Bearcat” Lee which did not give him more prominence, after all was fired at the beginning of 2020, this character was highly criticized and little understood, during a recent talk on the podcast Talk is Jericho Keith Lee was honest saying that he never understood this character and was not comfortable with him, this was what he said in the aforementioned portal.

“The instructions I received were, be intense, be angry, that’s it. That’s what I tried to facilitate,

but then they would want me to do promos similar to the ones I did before. You have a problem with

the way i talk How would you like this promo to be delivered, this is where I would like you to give me

something. Normally I don’t mind that, I prefer to improvise and feel it but if this character is so far from

what I’ve been doing, I’d like something that tells me who and what this character is and why he exists and

where does it come from As much as I tried to do things in terms of story, it was either not what was asked for or

They asked me not to use it anymore. Bearcat Wright is one of those things. ‘Do not refer to him’. He is

even when I went back and did Bearcat, it was similar.”

Unfortunately for Keith Lee in the end this character no longer had much development because of his dismissal, nowadays he fights in the company All Elite Wrestling where you hope to be most successful.

Keith Lee talks about his “Bearcat” character in WWE