The team of the raw red mark, Nikki ASH and Doudrop challenge Katana Chance and Kayden Carter for the tag team titles of the NXT 2.0 multicolour branding, this in the special event NXT Worlds Collide.

the party girls Kayden Carter have achieved their dream of being NXT 2.0 Women’s Tag Team Champions, but to his surprise a team from Monday Night RAW has been presented as his first challenge, Nikki ASH and Doudrop look to take off the titles in NXT Worlds Collide and end his reign that is just beginning. 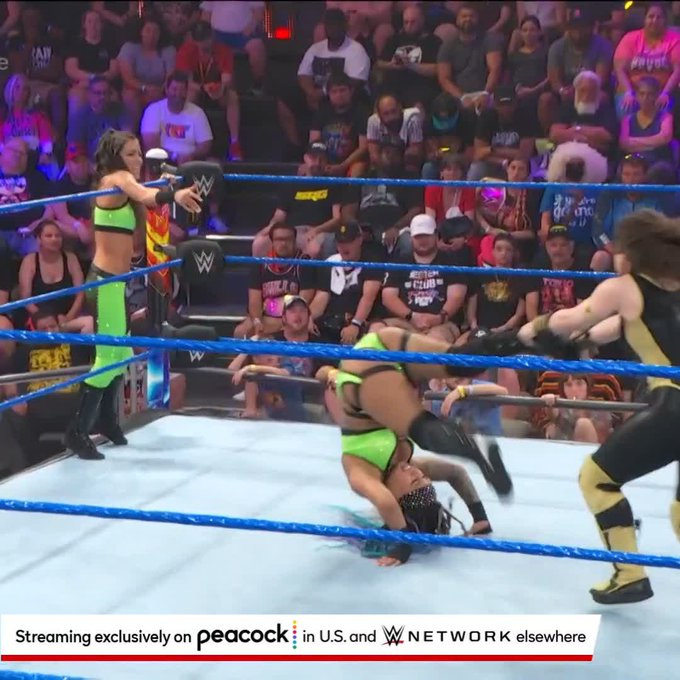 The challengers start with great energy, the powerful Doudrop goes hand in hand vs Katana Chance who looks completely lost, Even so, he refuses to lose and tries to take over from his partner, Doudrop does not allow it and continues to punish her in the ring but even so the victory is not presented, after much effort Kayden Carter finally manages to enter the ring and balance things.

Nikki ASH takes part and shares the ring with Kayden, they battle with kicks and neck locks, the almost super heroine submits her opponent to a neck lock but she does not give up, manages to get away and counterattacks with aerial kicks, things change when Doudrop comes back in to establish his dominance.

Toxic Attraction cause distraction to give away victory

In the middle of the action everything is interrupted when the music of the former champions Toxic Attraction plays, Nikki takes care of these they do not enter the ring to throw through the ropes but in this way she leaves her partner abandoned, between Kayden and Katana combine to cover the great Doudrop and Nikki doesn’t make it back on time. 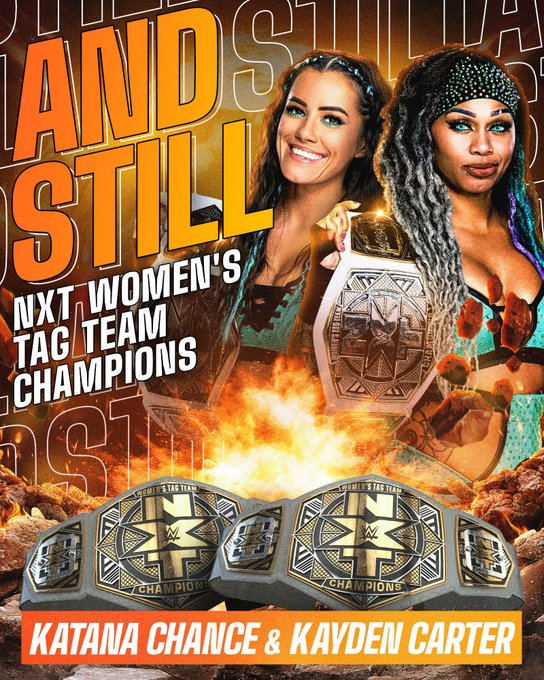 1 2 3 Kayden Karter and Katana Chance retain the women’s tag team championships at Worlds Collide, even so there remains the intrigue of the intentions of Gigi Dollin and Jacy Jane that they probably want to claim back their medals.

Thank you for sharing your time and enjoying this passion with PLANET WRESTLING. The best wrestling and wrestling information in Spanish, interviews, videos, coverage and live monitoring. Do not forget that you can directly access all WWE news and of next PPV WWE EXTREME RULES on October 8.