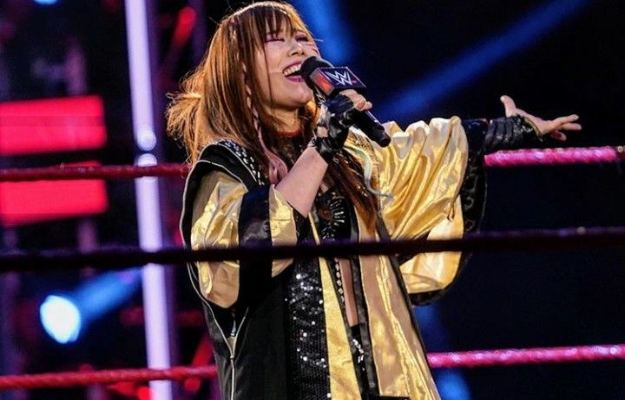 The talented Japanese athlete made a surprise appearance in Stardom

Former WWE Women’s Tag Team Champion Kairi Sane (now known only as ‘KAIRI’) appeared at the Stardome press conference last Friday to confirm that he will return to the ring of the Company. It was announced that he will be part of the Stardom World Climax event on March 26 and 27 to be held at the Sumo Hall in the city of Tokyo, Japan.

Kairi spent over six years in this wrestling promotion before signing with World Wrestling Entertainment.Company in which she won the 2017 Mae Young Classic Tournament, in addition to achieving the NXT Women’s Championship and the Women’s Couples Championships with Asuka. Due to injuries, Kairi withdrew from in-ring competition and became a WWE ambassador to Japan until her contract expired a few days ago.

Kairi Sane asked Becky Lynch if she misses her

Despite the fact that everything indicates that the story between Kairi Sane and WWE has ended, the star sent a question to the RAW Women’s Champion that has caught the attention of the fans.. Sane felt that the clothes Becky wears in a photograph published in the last few hours have a certain resemblance to the outfit she used to wear in the ring:

“That outfit… Do you miss me?” Wrote the former NXT Champion next to a photograph in which she put her face on that of ‘Big Time Becks’.

That outfit … Do you miss me? 🥴🖤 pic.twitter.com/Otm4BdxSQ6

In the original photograph that Becky Lynch added to your twitter account wrote “Never meet your heroes, you may have to leave/take them down one day.” This in reference to match he had against the legendary Lita in Elimination Chamberwell Becky had expressed in the weeks leading up to the match that the hall of famer was her inspiration to become who she is today..