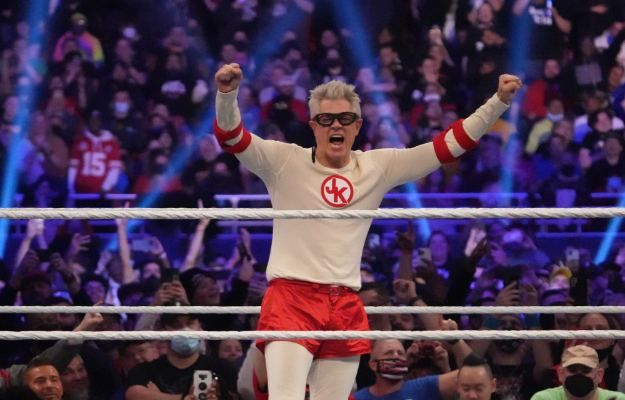 Jackass movie actor Johnny Knoxville put on a great show at WrestleMania 38, with this the public hope to see him again in the ring, find out the answer in PLANET WRESTLING you WWE website.

Fans were spectators this year to see another movie celebrity take a major role in WWE, renowned Jackass comedy movie actor Johnny Knoxville made a special appearance at the company in early 2022 to participate in royal rumble, since then he became involved in a rivalry with the superstar of SmackDown Sami Zayn.

Their rivalry came to a fight in the biggest event of the year WrestleMania 38 to a fight in which Knoxville took the victory, after seeing a fight where everything happened for having the stipulation to be super free, Johnny Knoxville was recently interviewed by the show of WWE The Bump and there he was asked if he would like to have another fight, this was what he replied.

“I would love to return to WWE at any time, I hope it’s not the last time you see me, man, the last four months have been crazy, from Royal Rumble to WrestleMania. is very good. I was looking at my old outfit, it’s in the closet now saying, hey remember when I used to be a wrestler. There is a lot of wrestling, WWE fans out there, especially among my friends, it made me happy that so many people are such good fans, it was one of the best experiences of my life.

We could see the actor fighting again in the future

There is no doubt that Johnny Knoxville fears nothing in his combat he showed that he is ready for any challenge so it would be interesting to see him again in a match with another special stipulation.

Johnny Knoxville would like to fight in WWE again