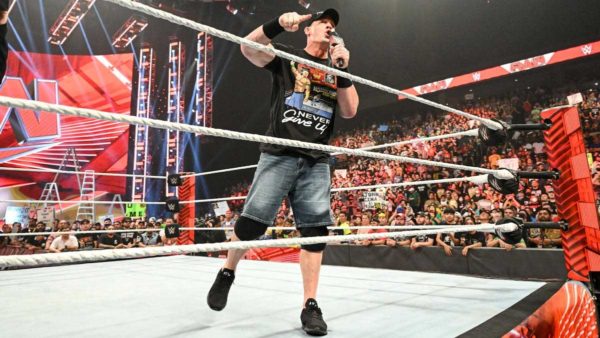 John Cena He was the undisputed leader of WWE for more than a decade, being the face of the company throughout the PG era and one of the most beloved Superstars in history. His popularity has allowed him to catapult himself into a successful career in Hollywood, becoming a part-time wrestler, but that It had not prevented him from making a sporadic appearance for WWE, in one way or another, either for a segment or for a fight..

Since its debut on June 27, 2002, John Cena has competed in at least one match every year. However, that could be changing soon, considering that his schedule might not be aligned with WWE’s plans for him.

In fact, Sean Ross Sapp turned to your twitter account and noted that If John Cena doesn’t wrestle this year, it will be the first time he hasn’t wrestled in a calendar year.

«2022 could be the first calendar year since his debut that John Cena does not have any kind of fight.»

It had been rumored of a possible rivalry with Austin Theory for summer slam 2022; however, this did not happen, and well we could see this rivalry materialize for WrestleMania 39considering that the recording of a new season of Peacemaker would not interfere with those dates.

The last time Cena stepped into a ring was as part of a non-televised match after the September 10, 2021 episode of SmackDown, teaming up with the Mysterios to defeat The Bloodline. The 16-time world champion made his last appearance on television during a segment that commemorated twenty years of his career, on the Monday Night Raw episode of June 27 of this year.