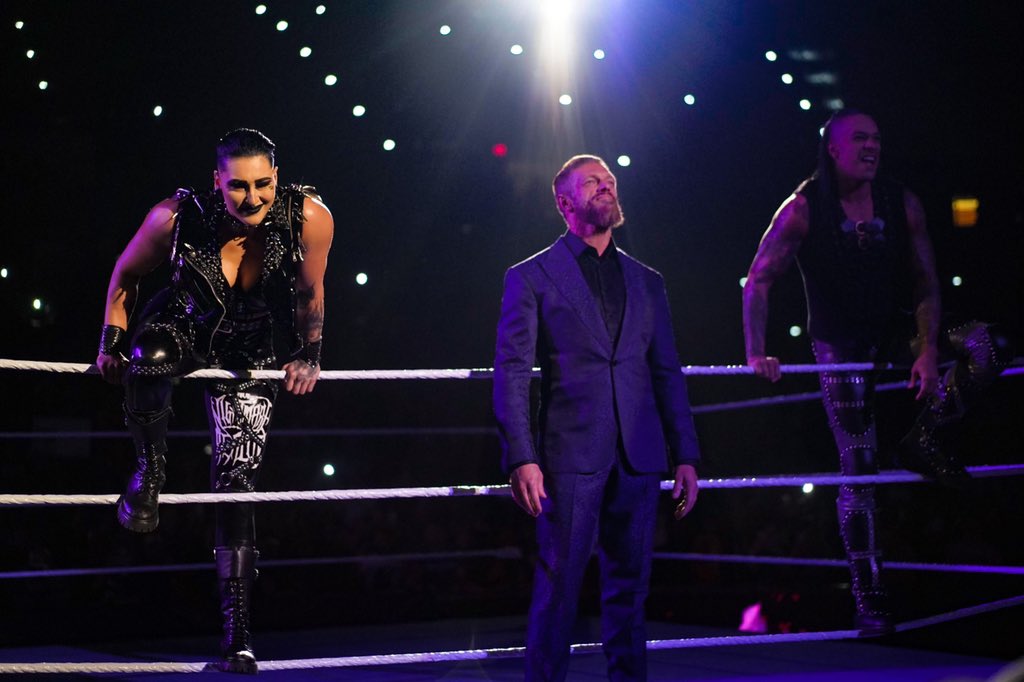 The Hall of Fame member WWE, Edgeis bringing life back to Raw thanks to the creation of his new dark factionwhich is named Judgment Day and that he leads and in which they accompany him rhea ripley Y Damian Priestwho even already received new nicknames: The Punishment and The Eradicator, respectively.

► JBL makes it clear what are the highlights of WWE Raw

The group led by Edge has dark powers and that makes them quite interesting. The fans have reacted positively, mainly because they see how the Hall of Famer, with his great experience, he can help these new Superstars WWE, and particularly Ripley and Priest, who had no creative direction after losing their respective titles.

Another member of the WWE Hall of Fame, JBLshared his thoughts on the recent WWE The Bump about the group led by Edge, praising The Rated R Superstar and calling Judgment Day “one of the most interesting things WWE has done in years.”

See, I was part of the Ministry of Darkness with Edge. I know where he is going here. This is one of the most interesting things that WWE has done in years, aside, of course, from Theory’s debut. Edge always completely reinvents itself. He’s done it over and over again and for him to be at the level of greatness that he’s been for so long and to be better than ever is amazing to me.”

JBL also praised AJ Styles, comparing him to Shawn Michaels, indicating that he hardly sees both of them as a bad fight.

“Without taking anything away from AJ Styles, I think AJ Styles is the Shawn Michaels of this generation. I think it’s so good. He just doesn’t have a bad fight. These are two incredible fighters. We are lucky to have seen this dream fight.

JBL praised Judgment Day: “One of the most interesting things WWE has done” | Superfights