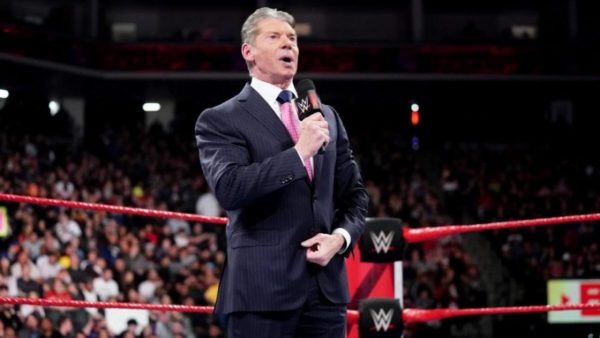 At the end of July, we witnessed Vince McMahon’s goodbyeleaving their responsibilities in Stephanie McMahon Y Nick Khanand in Triple H in the creative part. This, as a result of the fact that last June it was revealed that he secretly paid the amount of 3 million dollars as a pact of silence to a former employee of the company. It was later revealed that this amount was just the “tip of the iceberg”, and the investigations continued.

For the last few weeks, Vince McMahon was under investigation, and now the investigation is over, finally revealing that he actually secretly paid $12 million to various women over the last twenty years. Additionally, there was an additional $5 million of unrecorded expenses that were also tied to Vince McMahon.

Precisely in the third quarter 2022 earnings reportWWE announced that the investigation was complete and the Special Committee was disbanded, revealing that Vince McMahon’s “expenses” cost WWE a total of $19.4 million.

As previously announced, a Special Committee of independent members of the Board of Directors has been formed to investigate the alleged misconduct of Vincent K. McMahon, former Chairman and Chief Executive Officer of the Company, who resigned from all of his positions with the Company on 22 July 2022. but remains a controlling shareholder, and another executive, who is also no longer with the Company. The Special Committee’s investigation is now complete and the Special Committee has been dissolved. The administration is working with the Board to implement the recommendations of the Special Committee related to the investigation. For the three and nine month periods ended September 30, 2022, the Company’s consolidated results before taxes include the impact of $17.7 million and $19.4 million, respectively, associated with certain research-related costs. Please refer to the Company’s SEC filings, including, but not limited to, its annual report on Form 10-K/A and quarterly reports on Form 10-Q/A and Form 10-Q for further details and ongoing risks with respect to this matter.”

Triple H and Stephanie McMahon hold the reins of WWE and, despite the conclusion of the investigations, both are expected to continue, along with Nick Khan, in command since Vince McMahon seemed to have given the final goodbye.

How much did the Vince McMahon scandal cost WWE?