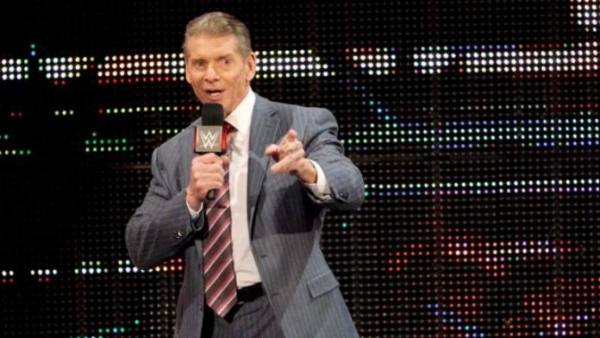 “He really responded.” That’s what former WWE superstar Cameron answered., when asked about her request to return to the company. As he told in an interview with WrestlingInc about his personal encounter with Vince McMahon

Why did you talk to Vince McMahon?

Cameron wants to return to Wwe five years after his dismissal. But he knows how the company works from the inside, for that reason, without intermediaries, he chose to ask Vince McMahon. What I did not expect is that the Chairman the company will answer you.

“I will pass this on to John Laurinatis, he is the head of Talent Relations” was the boss’s reply. Surprising fact because of the difficulty for superstars, even those on the payroll at his company, to talk to him.

Cameron, real name Ariane Andrew, was a superstar of the company between 2011 and 2016. Together with Naomi he was part of the team “The Funkadactyls” who were the managers of Tyrus (Known in the independent scene as Blodus Clay).

After parting ways with the team, Cameron had a solo career in the main cast before being transferred to NXT, being fired shortly after. He returned to wrestling in 2020 in AEW, being a contender in the women’s tournament in pairs, being the partner of Nyla Rose. They were defeated by Anna Jay and Kay Conti in the first round. As stated in the interview, her motivation to return to WWE would be to win the women’s tag team championship.

Will we see Cameron return to WWE? What do you want?

Thank you for sharing this time and enjoying this passion with us. PLANET WRESTLING. Remember that you can follow us on our RRSS and that in the web every day we bring you closer to all WWE news, videos, exclusive interviews, with the best coverage and live monitoring. Coming Soon, WWE will hold its event Crown jewel in Saudi Arabia. All the news of WWE and Wrestling in PLANETA WRESTLING.