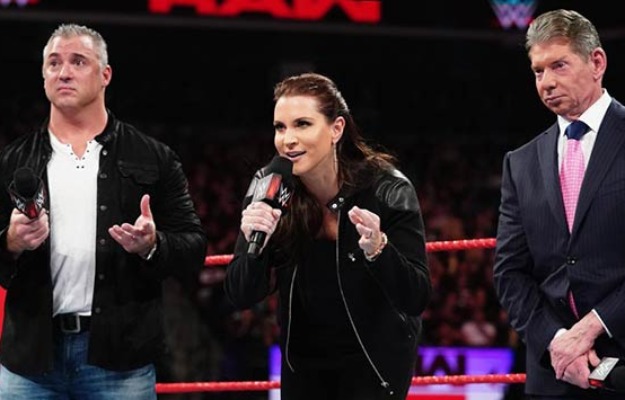 Former WWE referee Mike Chioda recently commented on his thoughts on the status of the McMahon family and how this is to blame for the current situation with the company.

Mike chioda who is one of the most respected and experienced wrestling referees in the wrestling industry, last year his stint with WWE ended when he was released from his contract, recently on the portal Monday Mailbag touched many subjects among which He addressed the McMahon family and their current status with the company.

As has been known throughout history, during the famous Attitude Era, there were many problems generated for the sentimental union between Triple H and Stephanie McMahon which caused that eventually Shane McMahon will be away from the company for a long time.

According to Chioda’s statements It all started to go downhill when Stephania and Triple H became a couple, Apparently Shane did not agree with this because there is a rule in WWE that prohibits board staff from being romantically involved with superstars.

Currently Triple H does not compete anymore and not precisely for your current health status, for years he has been running quite a lot of WWE while Shane McMahon when he made his comeback in 2016, has not really been that active in the board and nowadays it is no longer even part of the company, Mike Chioda spoke about this situation and posed the question Where is Shane McMahon now?

“Yeah, Shane did, he advised Triple H not to date Stephanie,” Shane McMahon did.

They didn’t want anyone to come out with the talent, none of the boys and none of their family.

a confrontation for many years, and that is why Shane was exiled for 10 years.

Shane isn’t at the top of the list yet. Where is he now? It’s in the office? Are you directing something?

Are you vice president? Is he the deputy general manager? Can someone tell me where it is right now

because it should be there. Even with Triple H knocked out, are you going to have Johnn Laurinaitis,

Road Dogg and Scott Armstrong running the damn business? Aren’t you going to have Shane McMahon there?

Where is the?. That situation has puzzled me for many years. There is a big problem

there. It’s sad because when I started working in this company, they were Linda McMahon,

Vince McMahon, Shane McMahon and Stephanie McMahon, and now it seems that everything has been broken.

a publicly traded company, that’s fine. The family is devastated at this point. Maybe not

completely torn apart, which I hope not, but torn apart ”.

As we know in 2016 Shane was when Shane made his comeback and Since then, his role has been to control the company apart from fighting occasionally, however today is separated from his father’s company focusing on other projects.