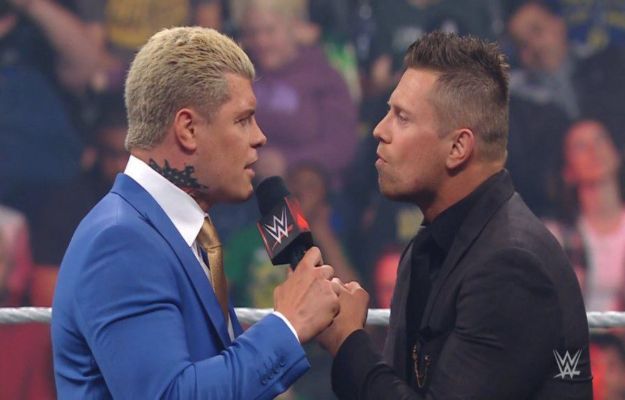 last night in raw The American Nightmare cody rhodes mentioned some forbidden words in WWE, It is not known if this was planned or a mistake.

Action started last night Monday Night RAW with a Miz TV special with the American nightmare Cody Rhodes as a special guest, The Miz started the conversation aggressively towards Cody claiming to steal all the spotlights in WrestleMania 38, as well as now with the public of the red mark, while they were in the middle of a discussion, what caught their attention was some words Cody used.

At one point Cody reaffirmed his promise last week of what it has as its goal win the world championship from Roman Reigns, however he called the prize “Belt” from the English “Cinturón” or “Correa” to which Miz himself replied that here in WWE it is not called that but Championship or title, which is clearly company policy.

Another word Cody mentioned It was to refer to the WWE superstars but calling them “Wrestlers” that is, fighters while that name is not used in WWE, this word as well as the one mentioned above are forbidden words or banned words that can cause problems if you do not abide by the rules about not using them.

There may be no consequences for Cody

At the moment it is not known if it is true was this a mistake on the part of the american nightmare or if the original script was already planned as such, What if the segment served to interact with the public and increase their rivalry before their fight that same night, after that Seth Rollins proposed that the rematch between himself vs. Rhodes take place at WrestleMania Backlash to which I accept, so on May 8th we will see a Rollins vs Cody second part.